He asserted that the PML-N government couldn't bear any kind of setbacks under the present circumstances. 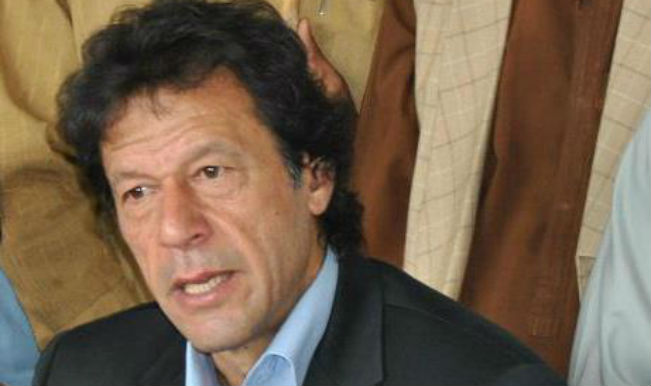 Islamabad, Aug 3 : Pakistan’s Tehreek-i-Insaf (PTI) Chairman Imran Khan has been warned by parliamentarians against derailing the ongoing democratic system, as they believe that doing so would help the establishment take over the political system. According to the Dawn, PPP Senator Mian Raza Rabbani said that the ongoing political situation is very critical as the Pakistan Muslim League-Nawaz (PML-N) government is in the process of completing its tenure after the first democratic transition in the history of Pakistan. Also Read - ECB Terminates Players' Contracts For The Hundred

H said that the government is involved in an operation against militants in FATA to restore peace in the country and is also facing challenges on its eastern and western borders. Rabbani further warned that the PPP too has reservations on the elections results but the party leadership does not want to destabilise the present democratic setup for the sake of democracy in the country. Also Read - Zee Digital Witnesses Remarkable Growth, Ranks 3rd on ComScore In January 2020 In News & Information Category

He asserted that the PML-N government couldn’t bear any kind of setbacks under the present circumstances. Awami National Party (ANP) Senator Shahi Syed said that his party leadership is in favor of electoral reforms without derailing the democratic system, the report said. He said that the parliament is the right place to introduce electoral reforms, not D-Chowk.

Meanwhile, PTI leader Asad Umar said that his party leadership was protesting against the rigging in the last elections. He said the party has been demanding for the electoral reforms for last one year but the government did not take the demands of the PTI seriously. Umar argued that it was the constitutional right of the PTI to protest peacefully, and added that the party leadership will not compromise on its demands.