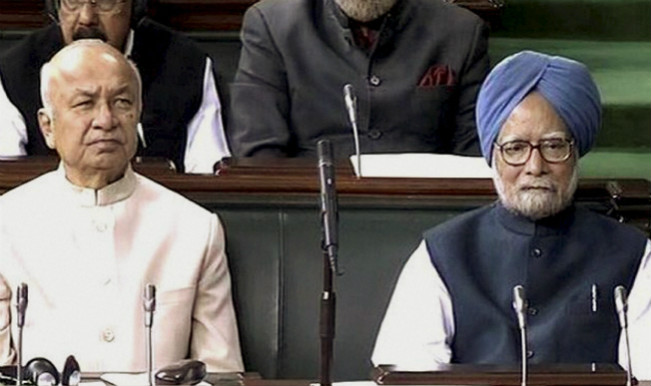 Manmohan Singh, who has been the prime minister for a decade, said the Indian parliament, despite differences among members, has the capacity to rise above partisan strife on key matters. Also Read - Breaking News Highlights: 5 Members of Gang in UP TET Question Paper Leak Incident Arrested

The prime minister, who announced he will not seek a third term in office in case the United Progressive Alliance (UPA) is voted back to power, said the passage of the Telangana bill was an indication that the country is capable of taking tough decisions “without any rancour and without worrying too much about the pros and cons”. Also Read - Amidst Sloganeering And Protests By Opposition, Lok Sabha Adjourned For The Day

In his address, the prime minister said that in parliamentary proceedings there are bound to be differences among parties, “but there must also be ways and means to bring pathways, to bring minimum amount of consistency and reconciliation” so that matters can move forward.

Speaking on the occasion, Leader of Opposition in the Lok Sabha Sushma Swaraj said the 15th Lok Sabha may have witnessed many disruptions but it passed some of the landmark bills.

“When history will be written, it will be recorded… that the 15th Lok Sabha saw the highest number of obstructions, but on other side it passed some of the most awaited bills,” she said.

“The nation awaited for Lokpal (bill) for 40 years, I feel proud that this Lok Sabha passed the Lokpal bill. People were waiting for Telangana bill for years…” she said naming some of the bills.

“My brother (parliament Affairs Minister) Kamal Nath sometimes stirred trouble with his mischief, (Home Minister Sushilkumar) Shinde ji used to resolve it with his decency. Between this mischief and decency was Sonia Gandhi’s intervention, the mild-mannered prime minister, the speaker’s patience and L.K. Advani’s sense of justice, these are what kept the house ticking,” the leader of opposition added.

Shinde used the chance to compliment Sushma Swaraj, who accepted it with a smile.

“Sushmaji sometimes gets so angry that I get worried that she will stop talking to me. But the moment she leaves the house, the sweetness in her words can’t be matched even by mithais. I thank her for her support on Telangana,” he said.

Speaker Meira Kumar also addressed the lower house for the last time as the speaker and thanked the members fro electing her as the first woman speaker.

“The language in the Parliament was male oriented but the 15th Lok Sabha decided to use a gender neutral language,” she said.

She also recounted the work done by the 15th Lok Sabha, naming important bills including the bill on manual scavenging, the bill on sexual harassment of women at workplace, amendments in criminal law to make punishment on rape more stringent, the right to education bill, land acquisition bill, Lokpal bill and bill on Telangana among others.

“We succeeded in finding solutions, sometimes failed,” she said. IANS