The Bill to carve out Telangana today received the assent of President Pranab Mukherjee. 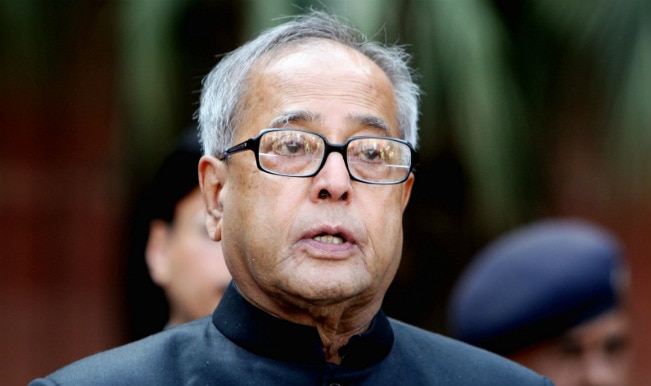 New Delhi, March 1: President Pranab Mukherjee has given his assent to the bill to carve Telangana state out of Andhra Pradesh, which also came under central rule Saturday with the signing of a separate proclamation.Also Read - Rains Lash Several Districts of Telangana, IMD Issues Red Alert For THESE Districts

The signing of Andhra Pradesh Reorganisation Bill 2014 paved the way for creating Telangana as India’s 29th state. Also Read - How Did Cyclone Gulab Get Its Name?

The central government will now issue a gazette notification with an appointed date or the date on which Telangana state will formally come into being. Also Read - Cyclone Gulab: NDRF Deploys 18 Teams in Odisha, Andhra; Bengal Cancels Leave of Govt Employees

The bill was passed by parliament Feb 20, despite strong opposition by lawmakers from Seemandhra (Rayalaseema and coastal Andhra).

Telangana will comprise 10 districts including Hyderabad, which will serve as common capital of Telangana and successor state of Andhra Pradesh for 10 years.

The successor state of Andhra Pradesh will have 13 districts.

Mukherjee also gave his nod to imposing president’s rule in Andhra Pradesh as decided by the union cabinet Friday.

The Andhra Pradesh assembly, whose term was to end June 2, would now be in suspended animation.

The union cabinet Friday took the decision on the recommendation of Governor E.S.L. Narasimhan, following the resignation of chief minister N. Kiran Kumar Reddy on Feb 19 to protest the division of the state.