Punjab to bear debt of those returning from Iraq 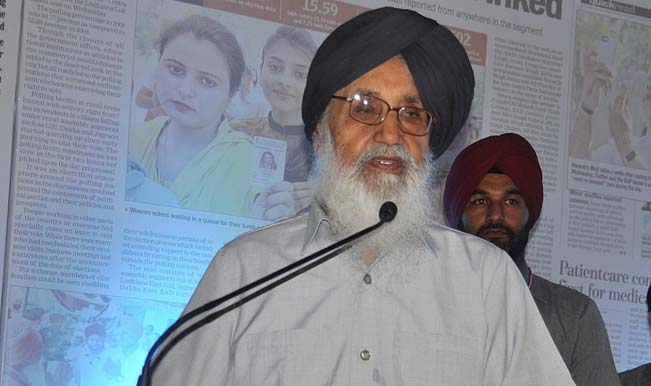 Chandigarh, Jun 26: The Punjab government on Thursday announced that it would bear the entire expenditure on immigration incurred by people from the state who had gone to Iraq for jobs. Also Read - PUBG Mobile Banned: Not Just India, These Countries Have Also Banned the Popular Battle Royale Game

“Any Punjabi who is willing to return to Punjab but is hesitating to do so due to the financial burden incurred by him/his family on account of hefty loans or advance money taken for their immigration to Iraq, should come back to their motherland as the state government would bear such entire expenditure,” said Punjab Chief Minister Parkash Singh Badal. Also Read - 'Free Julian Assange': Fashion Designer-Activist Vivienne Westwood Protests Inside Bird Cage Against Extradition of WikiLeaks Founder to US

“It is the bounden duty of the state government to help the distressed Punjabis and their families in this hour of crisis by relieving them of such mental agony,” Badal said in a statement.

Badal on Thursday met former Indian Ambassador to Iraq Suresh Reddy, who has been specially deputed by the Indian government to oversee rescue operations of Indians trapped in Iraq.

Badal urged Reddy to sort out issues of those Punjabis who were willing to come back but their employers were reluctant to relieve them. External affairs ministry joint secretary (Gulf and Haj) Mridul Kumar met Badal in New Delhi on Thursday and apprised him about the initiatives taken by the central government for the safe and early evacuation of Indians, especially the Punjabis stuck in the Iraqi civil war.

Badal asked him to bail out the Punjabis trapped in the war zone there by facilitating their safe return. He also sought the return of even those Punjabis settled in safe zones of Iraq but were now willing to return here due to sense of uncertainty and fear.

The Punjab government has received information of nearly 600 Punjabi men stuck in Iraq. Of these, nearly 40 are held hostage by militants.