About half a million devotees converged here as the annual Ratha Yatra festival of Lord Jagannath began on Sunday. 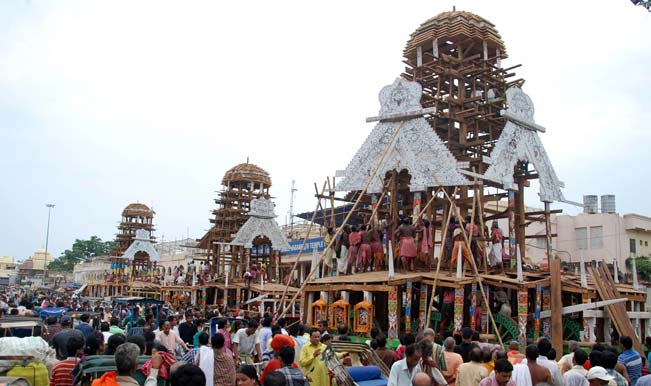 Priests performed the “Mangala Aarti” at 8.20 a.m. after a three-hour delay, temple official Laxmidhar Pujapanda told IANS. The ceremonial procession of the deities known as “Pahandi” – carrying the deities on chariots out of the temple – started at around 11. Also Read - 'Serving Tea to Those Who Attacked Him Shows His Greatness', PM Modi Lauds RS Deputy Chairman

More than 500,000 devotees are already in Puri, 55 km from Bhubaneswar. The number could swell up to a million by evening, Pujapanda said. The festival marks the annual journey of the three deities – Lord Jagannath, his brother Bhalabhadra and sister Subhadra — from the 12th century Jagannath temple to the Gundicha temple, three kilometres away.

The festival ends after nine days when the deities make their way back to the Jagannath temple. “We bow to Lord Jagannath on this auspicious day. Today, once again, He sets out on His chariot, giving blessings to the people,” Prime Minister Narendra Modi tweeted.