The party general secretary who is in charge of Goa was in the state on a two-day visit to take stock of the party affairs and meet Pradesh Congress Committee members. 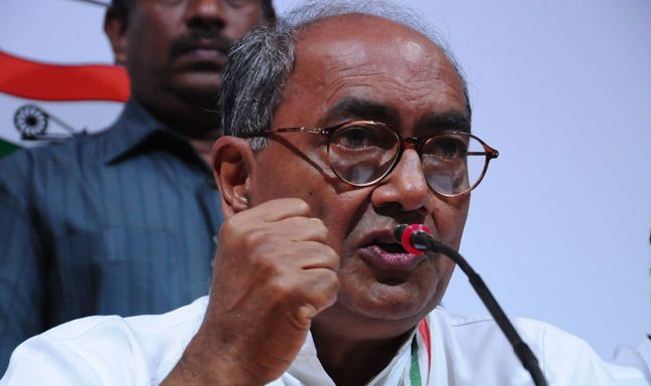 Panaji, June 28 : In an indictment of Congress vice president Rahul Gandhi’s governing abilities, party general secretary Digvijaya Singh said the Gandhi scion does not have a temperament suited to the ruling benches. In an interview to a Goa cable news channel Friday and telecast Saturday, Digvijaya Singh also said Rahul should have taken up the responsibility of leading the party in the Lok Sabha and taking on the National Democratic Alliance (NDA) government. Also Read - Farm Bills 2020: Haryana Home Minister Hits Out at Kejriwal, Asks Him What Provisions of Bills Benefit Corporates

“He is by temperament not a ruling person. He is by temperament someone who wants to fight injustice,” the Congress leader said. Digvijaya’s statement comes at a time when Rahul as well as his mother and Congress president Sonia Gandhi have been criticised for lack of leadership skills by both Congressmen as well as party detractors. The party general secretary who is in charge of Goa was in the state on a two-day visit to take stock of the party affairs and meet Pradesh Congress Committee members. Also Read - Chidambaram Says Farm Bills 2020 Undermine Food Security System, Slams BJP For ‘Maligning’ Cong's 2019 Manifesto

Digvijaya said he had suggested Rahul take up the role of the main opposition leader in the Lok Sabha, a responsibility given to Congress’ Karnataka stalwart Mallikarjun Kharge. “In a democracy, opposition space is necessary. Since the Congress is the largest opposition group, our Congress vice president Rahul Gandhi should have taken up the responsibility,” he said.