Besides, Railways will expedite installation of CCTV, X-ray machines for baggage clearances and other gadgets which are part of the Integrated Security System at all sensitive stations. 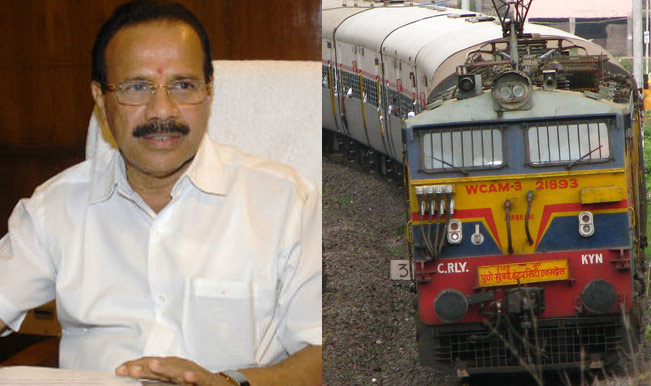 New Delhi, Jul 6 : Railway Ministry is likely to propose installation of X-ray systems along the tracks to detect faulty parts in trains in the Rail Budget among a series of steps to enhance safety measures for passengers. A new academy for advanced training of RPF personnel, which is long overdue, is also likely to be proposed in the Rail Budget 2014-15, to be presented on July 8 by Railway Minister Sadananda Gowda under the new NDA regime. Railway sources said the ‘Trackside X-ray System’ will be installed at suitable locations along railway tracks to detect loose or damaged parts of rolling stock which include locomotives, engine, coaches, and wagons. Also Read - Himachal Pradesh Schools To Remain Close Between These Dates. Details Here

The X-ray equipment will also be able to detect overheating of bearings, wheels and brake discs. The installation of the equipment is expected to be one of measures to be proposed by the Railways to curb mishaps as faulty parts of rolling stock is a major reason for increasing number of train accidents, the sources said. Since taking over the Railway Ministry after BJP-led NDA was voted to power, Gowda has maintained that enhancing safety and security of passengers is his prime concern and has advocated all possible steps in this direction. Also Read - Is Assam Govt Imposing Lockdown Again? CM Himanta Biswa Sarma Clears Air, Makes THIS Statement

Gowda has also shown keenness towards implementation of the recommendations of Kakodkar Committee to improve safety parameters of the national transporter.
Elimination of unmanned level crossings in a phase-wise manner, one of the key recommendations of the Committee, is also likely to find mention in Gowda’s first Rail Budget. There are about 12,000 unmanned level crossings at present which witness maximum number of train accidents, about 40 per cent of total rail mishap, in the country. Since it requires a huge fund to eliminate unmanned level crossings, the cash-strapped railways is likely to come up with a plan to have a dedicated fund for this purpose.

Railways is also expected to acquire modern devices to tackle foggy weather, which causes delay in train service in Northern India during winter season. In order to strengthen its security measures, the Rail Budget is likely to announce a new academy for advanced training of RPF personnel. The state-run transporter will also have a Rail Security Management System, a paperless network connecting all RPF posts to keep itself abreast online. Besides, Railways will expedite installation of CCTV, X-ray machines for baggage clearances and other gadgets which are part of the Integrated Security System at all sensitive stations. There are 202 railway stations identified as sensitive out of which only 93 are equipped with the system.

Ahead of joining the Star Alliance, Air India has virtually completed integration of its systems with that of the group. These included the online booking engine, flight departure control system, check-in and automated boarding control, baggage reconciliation system and an integrated frequent-flier system. Aviation information technology consultant SITA had several months ago completed a USD 190 million migration of Air India and erstwhile Indian Airlines’ IT systems — Unisys and Speedwing — to a single code. This migration was a step towards aligning the processes and systems of Air India to the Star Alliance network, an essential requirement.

While passengers would be benefitted from all these improvements, they would also experience from July 11 a new protocol governing check-in to boarding and in-flight meal experience, specially for business and first class passengers, to be implemented across the entire Air India network, starting with Delhi, Mumbai, Kolkata, Chennai and Hyderabad. Out of the 26 airline members of Star Alliance, 13 fly to 10 destinations in India. Air India’s addition would take the international air traffic market share in and out of India from 13 per cent at present to 30 per cent, a senior alliance official said.

The Indian airline has also tweaked some of its schedules for the successful integration to enable smooth transfer of passengers from international to domestic flights of alliance partners in India. Air India’s comprehensive domestic network would be attractive to Star Alliance members like Lufthansa, South African Airways and Air China, who seek to expand their reach into the Indian subcontinent.