He said delays in routine administrative matters relating to the IPS cadre demoralises the police force. 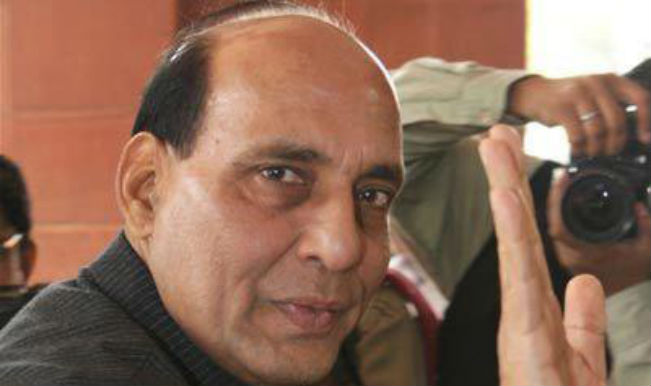 New Delhi, June 25 : Union Home Minister Rajnath Singh reviewed the working of the Police Division in his ministry on Wednesday. According to an official statement, Singh expressed concern at the large number of vacancies, the delay in the empanelment of IPS officers at senior levels as well as in the finalisation of the recruitment rules and notifications pending for different levels of officers in the police. Also Read - Monsoon Session of Parliament Day 4: Lok Sabha Passes 2 Key Agriculture Bills Despite Farmer Protests

He also made a mention of the procedure for finalisation of the recruitment rules in consultation with the Department of Personnel and Training (DOPT) and the Union Public Service Commission (UPSC) should be streamlined and simplified. He said delays in routine administrative matters relating to the IPS cadre demoralises the police force. Also Read - With no Room to Escape, Rajnath Singh to Address Rajya Sabha, Take Questions on India-China Border Standoff at Noon Today

He asked ministry officials to find an early solution relating to the issues in the career planning and training of IPS officers at the earliest and make the Indian Police Service more attractive.