Police tightened security across the region since Tuesday, when Andhra Pradesh Reorganisation Bill was passed in Lok Sabha amid pandemonium. 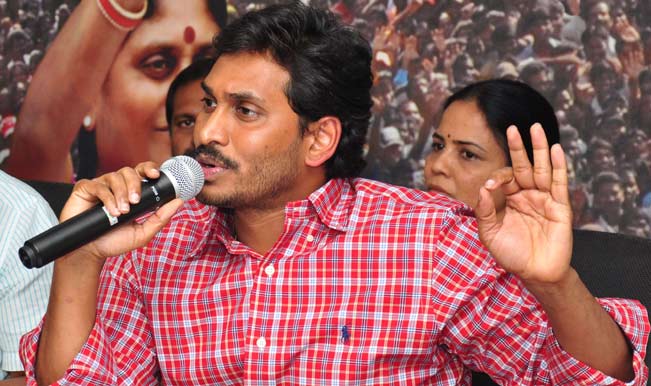 Hyderabad, Feb 19: Normal life in Rayalaseema and coastal regions of Andhra Pradesh came to a halt Wednesday on a shutdown call by YSR Congress party to protest the manner in which the bill for formation of separate Telangana state was passed in Lok Sabha. Also Read - Shocking! 80% Women in THESE South Indian States Justify Men Beating Their Wives: Survey

Terming the passage of Telangana bill in Lok Sabha ‘murder of democracy’, YSR Congress has called for the shut-down. Seemandhra leaders of Telugu Desam Party (TDP) also called for a general strike.

Activists of the two parties and others opposing state’s bifurcation took to streets since early morning, laying siege to APSRTC depots and staging blockades on national and state highways.

Police tightened security across the region since Tuesday, when Andhra Pradesh Reorganisation Bill was passed in Lok Sabha amid pandemonium. State police and central paramilitary forces were deployed to prevent any outbreak of violence.

Meanwhile, universities and other educational institutions in Seemandhra postponed various examinations in view of the shutdown. IANS