Shiv Sena's mouthpiece, Saamna, has once again courted controversy. The editorial of the leading daily tried to convey that it has become a trend for women to file rape cases in the times we live 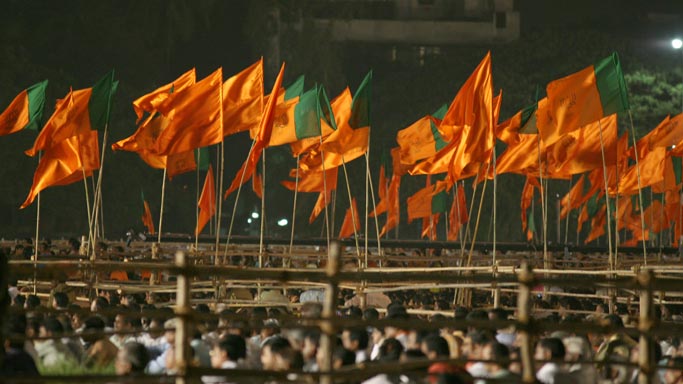 Shiv Sena‘s mouthpiece, Saamna, has once again courted controversy. The editorial of the leading daily tried to convey that it has become a trend for women to file rape cases in the times we live in. Referring to the complain of rape filed against DIG of Police Sunil Paraskar, by a Mumbai-based model, the editorial states that while the truth is still to be established, the trend of false complaints by women has put all women in the dock. Also Read - Centre Announces MSP Hike Amid Row Over Farm Bills, Opposition to Take Protests to Streets | Roundup

The editorial also stated that ‘hi-fi’ society has been witnessing rise in such cases. The editorial questioned by quoting, “Has it become a fashion to file rape charges and create a sensation?” Saamna also stresses that  they are not taking stands by putting forward this statement, however their stand has raised many angry voices. The daily further asked whether the new laws-or new changes made in the established ones- after the shameful Delhi gangrape has really reduced the incidence of sexual assault and crimes against women. The views in Saamna are usually seen to be the beliefs of the Shiv Sena Chief, Uddhav Thackeray. Also Read - Monsoon Session: 8 Rajya Sabha MPs Suspended From Remaining Session Over Farm Bills Ruckus, Refuse to Leave Parliament Premises

Various parties have reacted strongly against the views expressed by Saffron newspaper and Fighters from the Islamic State jihadist group today wrested control of the northwestern Iraqi town of Sinja asked the Shiv Sena to apologise for their outrageous comment on women. The party has been condemned for its narrow mindset towards women issues.

Majeed Memon from the NCP also reacted strongly against the Sena’s view points and said that even if there are many cases in which rape complaints are filed for extortion, they should not be selective. He also added that, women’s security is very important.

Women’s rights activist senior advocate, Abha Singh today condemned the Shiv Sena’s opinion o rape cases. She said, “A political party like Shiv Sena making a statement like this through their mouthpiece ‘Saamna’ is absolutely wrong, because article 146 of the Indian Evidence Act forbids character assassination of a woman who is a victim of rape under Article 376. And by making such a statement, Shiv Sena has done that.”

BJP spokesperson Shaina NC criticised the party for its shameful statement against women. He said, “It takes a woman a lot of guts to register a complaint, especially if she has been molested or raped and to suggest that she does it ‘as a fashion’ is ridiculous. It is clearly something that I condemn.”

Former MP and Congress leader, Sanjay Nirupam said that such remarks on sensitive subject are wrong. He said,”The law should be allowed to take its own course, No one is above the law. Political parties and newspapers should not interfere with the law process.”

NCP spokesperson Nawab Malik said that the Sena is famous is for taking stand against the interest of women. He said, “This is the kind of culture Shiv Sena follows. Earlier, they had opposed the talks of giving reservation to women. Shiv Sena is famous for taking stands against the interest of women. Law should decide whether he is guilty or not. But giving him a clean chit shows that they are not serious towards such crime