Sikh children in US schools being targeted

More than half of Sikh children in US schools endure bullying with over two-thirds of turbaned Sikh children among its worst victims. 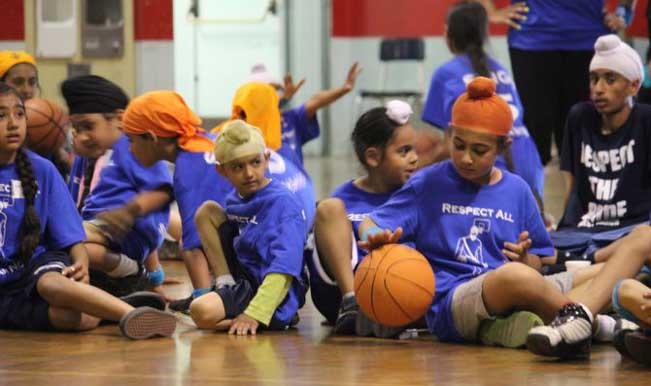 More than half of Sikh children in US schools endure bullying with over two-thirds of turbaned Sikh children among its worst victims, according to a new national report. Sikh children have been punched kicked, and had their turbans ripped off by fellow students, it found.Also Read - India vs Pakistan: India Eye to Avenge 10-Wicket T20 World Cup Loss vs Pakistan, Schedule to be Announced in January

Focused on Seattle, Indianapolis, Boston, and Fresno, California metropolitan Areas, the report, titled “Go Home Terrorist” – A Report on Bullying Against Sikh American School Children, was released last week on Capitol Hill, seat of US Congress. Also Read - MS Dhoni's Biggest Secret: A Never Written Text Book That Will Tell You Easy to Understand Details About Leadership, How to Build A Successful Franchise

The bullying of Sikh children is often associated with post-9/11 bias, the report found with epithets such as “terrorist” or “Bin Laden” frequently accompanying verbal and physical abuse. Also Read - Oh No! Man Accidentally Burns Down House Worth Rs 13.57 Crores While Trying to Get Rid of Snakes

According to the National Centre for Education Statistics, 32 percent of all students between ages 12 to 18 report that they are bullied in school. Turbaned Sikh children are likely to experience bullying at more than double the national rate, the report said.

Consistently, Sikh children have called on educators and administrators to teach more about Sikhs and the Sikh religion in order to build understanding in school, it noted. The report cites lack of federal data on the bullying of Sikh school children as a systematic concern that should be addressed in order to better diagnose and target efforts to solve the issue.

In addition, the absence of or negative representation of Sikhs in school textbooks nationwide was cited by the report as an opportunity to better combat or mitigate school bullying. The report is based on surveys and focus groups of over 700 Sikh school children and interviews of over 50 Sikh students in four metropolitan areas: Seattle, Indianapolis, Boston, and Fresno, California during 2012 and 2013.

Mike Honda, Democratic chair of the Congressional Anti-Bullying Caucus joined the American Sikh Congressional Caucus, and The Sikh Coalition, an umbrella community organisation at the release event. “The Sikh Coalition’s study and report reinforces the need for research, attention, and education to address bullying,” Honda said.

“It would not be an exaggeration to call school bullying, particularly as it applies to turbaned Sikh youth, ‘widespread’,” said Amardeep Singh, director of programmes at the Sikh Coalition. “We have a long-term, institutional commitment to ensuring our children reach their full human potential,” said Sapreet Kaur, executive director of the Sikh Coalition.