So the question is if this is unnatural death as autopsy report says then there should be full scale trail in the matter," he added. 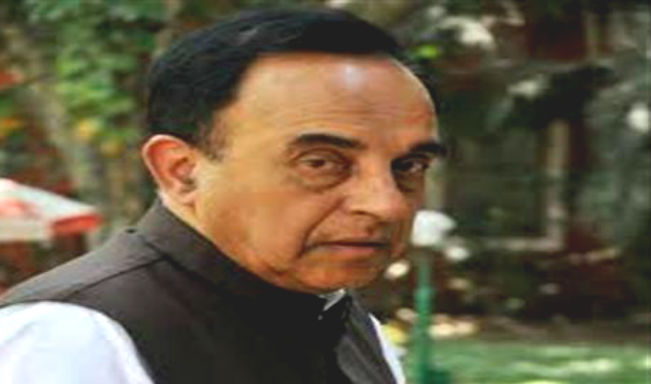 New Delhi, June 29 : Bharatiya Janata Party (BJP), leader Subramanian Swamy, has sent legal notice to the government to expedite investigation into the mysterious death of lawmaker Shashi Tharoor’s wife, alleging involvement of few politicians. In January 2014, wife of the then Junior Minister Shashi Tharoor, 52-year-old Sunanda Pushkar, was found dead in a New Delhi hotel after she sent out tweets suggesting he (Tharoor) was involved in an affair with a Pakistan-based journalist. Also Read - Delhi Assembly Elections 2020: BJP MP Gautam Gambhir Casts Vote With Family, Says 'Voting is Not Only Our Right But Our Power'

Swamy might ask the court to monitor the investigation, if the National Democratic Alliance (NDA) – conglomerate of BJP and its allies – government failed in doing so. “The new government-they also must move. I have given a four-week notice to the NDA government, my government, and said that if you wouldn’t do it I will ask for court monitoring because political personalities will be involved,” Swamy said . Also Read - Delhi Assembly Election 2020: Senior Congress Leader Janardan Dwivedi's Son Joins BJP

Swamy claimed that autopsy suggested sudden and unnatural death. “Autopsy report shows it that there are 12 injury marks on her body, one injection hole and her blood had poison. So the question is if this is unnatural death as autopsy report says then there should be full scale trail in the matter,” he added.

Sunanda was embroiled in a spat with the Pakistan-based journalist, Mehr Tarar, whom she accused of stalking her husband in a series of Twitter posts.