The Telangana bill was discussed in the Lok Sabha Tuesday amid ruckus. 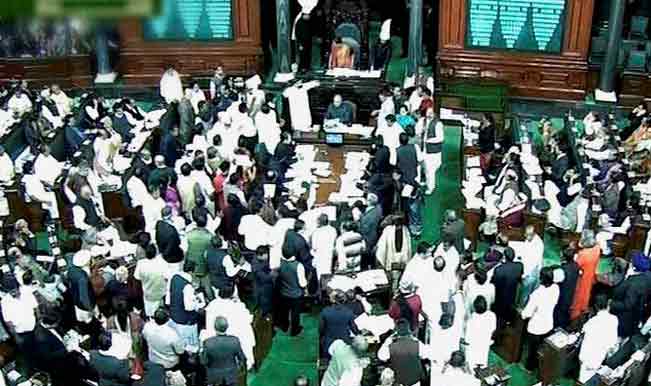 New Delhi, Feb 18: A Telugu Desam Party (TDP) lawmaker Tuesday said the manner in which the Telangana bill was taken up in the Lok Sabha was a “murder of democracy”. Also Read - Amidst Sloganeering And Protests By Opposition, Lok Sabha Adjourned For The Day

TDP’s Rajya Sabha member Y.S. Chowdhary also criticised Lok Sabha Speaker Meira Kumar for acting at the behest of the Congress party. “This is daylight murder of democracy. The entire nation should know what the Congress is doing… half of the house is in the well (near the speaker’s podium)… they could have suspended the whole house instead of 16 MPs,” he said. Also Read - Health Authorities in Telangana On Their Toes After 43 Girl Students Test Positive For COVID19 in Sangareddy

Chowdhary, however, added that his party was not against Telangana, but against the manner in which the Congress-led United Progressive Alliance took up the bill. “The speaker is acting as an agent of Congress,” Chowdhary said.

Trinamool Congress MP Dinesh Trivedi said the spirit of democracy “has been totally killed”. “The speaker did not even ask for clearing lobbies before voting,” Trivedi said at the parliament complex. “I could not be a witness to this murder of democracy so I protested and walked out,” he said.

The Telangana bill was discussed in the Lok Sabha Tuesday amid ruckus. Live telecast of the proceedings was stopped. IANS