A case of sedition was against Kashmiri students who cheered Pakistan cricket team in Meerut's Swami Vivekanand Subharti University. 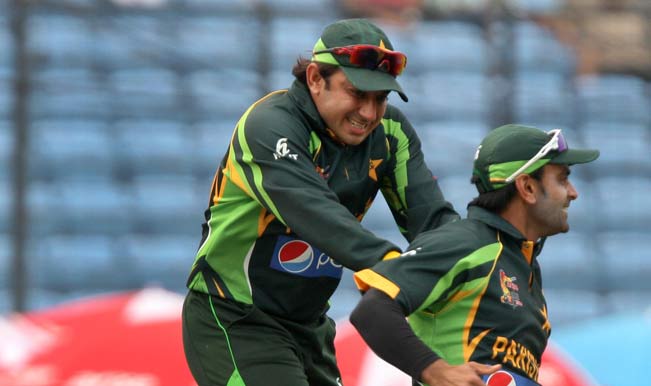 Students in Meerut’s Swami Vivekananda Subharti University were watching the match on TV in the hostel’s community hall. There happen to be 68 Kashmiri Muslim students on the premises who cheered Pakistani victory. Also Read - India-Sri Lanka Bilateral Talks: PM Modi Pitches For Devolution of Powers by Lankan Govt to Minority Tamils

This was resented by other students. A scuffle led to a brawl.

The authorities suspended the students. The police charged them with sedition but later withdrew the charge.

G.S. Bansal, the warden of the hostel, told the Indian Express that the Kashmiri students had been punished for being “anti-national”. The vice chancellor, Manzoor Ahmad, went a step further. He had the students driven to Ghaziabad from where they improvised their way back to Srinagar.

“By this one act, have you not sent these students straight into the arms of the gun wielding militants?” asked a Kashmiri teacher in New Delhi.

On his Super Primetime show Thursday night, Arnab Goswami, the country’s most vocal anchor, took advantage of the incident to draw some red lines on patriotism.

“This was not an ordinary cricket match”, he said. It was not a match with Bangladesh, the Maldives or England – it was a match against Pakistan, a match Pakistan won. “To cheer Pakistan against India will not be tolerated”, Goswami warned.

Everyone missed out on a huge irony. While Arnab Goswami was drilling patriotism into the 67 Kashmiri students with misplaced loyalties, the Kashmir Valley had celebrated Afridi’s incredible inning with real fireworks from Poonch, Rajauri right up to Kargil.

Stories of media jingoism and cricket have hazily surfaced in my memory.
The US invasion of Afghanistan brought in its train a most impressive galaxy of anchors and reporters. One who will remain etched in my mind was Geraldo Rivera of Fox News. He would flourish his revolver on live telecast. He said he would shoot dead Osama bin Laden, should he ever find him.

Is Indian television in the process of surpassing that level of jingoism?

Just as patriotic Indians are cross with Kashmiris clapping for the wrong cricket team, so was, Norman Tebbit, leader of the Conservative Party in Britain, angry with immigrants. In 1990, he enunciated what came to be known as the “Tebbit Test” to gauge the loyalties of immigrants settled in England.

It was a simple test: do immigrants applaud the cricket team of their adopted home, namely England? Or do they persist in supporting the team from countries they have left behind – India, Pakistan, West Indies? I remember how the British press lambasted Tebbit. I have not seen Indian scribes sufficiently moved to write an editorial or two.

By a freak chance, the Meerut story has attracted instant media attention. But this one exposure must not be allowed to obscure the hundreds of thousands of seditious thoughts that simmer in the hearts of so many in the valley.

Ghalib said:
“Na karda gunahon ki bhi hasrat ki
Miley daad,
Ya rab agar in karda gunahon ki
Sazaa hai”
(Applaud me, Oh God, for nursing in my heart a desire for hundreds of sins, If there is to be punishment let it be only for the ones I have committed.)

My first Kashmiri story with a cricketing background concerns Feroz. Srinagar was in the grip of one of its routine bouts of tension. I was visiting a family of journalists. Feroz, their son, was eight years old, very bright and a compulsive talker, mostly on cricket. The best way to attract his attention, I decided, was to talk of cricket.

“Do you like Imran Khan?” I asked him. I thought this would give him a chance to keep up his cricket prattle, but he surprised me. “No,” he said sharply. He walked out, past the courtyard, his head bowed, like he were in a sulk.

“You asked him the wrong question”, his mother whispered to me. “That is a very sore point with him.” Tears filled her eyes as she told me the story.

The CRPF, in the course of its house to house searches, had found Imran Khan and Wasim Akram posters in several houses. They took aside young admirers of these cricketers and asked them leading questions about visitors to their homes, uncles with “guns”, and such like scary stuff.

Posters of Pakistani cricketers in Kashmiri homes were in the perception of the CRPF clues to homes of Pakistan sympathizers.

Word spread rapidly on the network of cricket crazy toddlers that it was dangerous to have Imran and Wasim posters on the premises.

With a heavy heart, Feroz brought his scrap book to his mother and diligently pulled out all the Pakistani photographs, (he did not touch Indian and West Indian cricketers) and handed them over to his mother. He asked her to tear the pictures and turned his face away. He did not wish to see his Gods defiled.