The live telecast of the Lok Sabha proceedings was Tuesday disrupted soon after the house started discussing the bill. 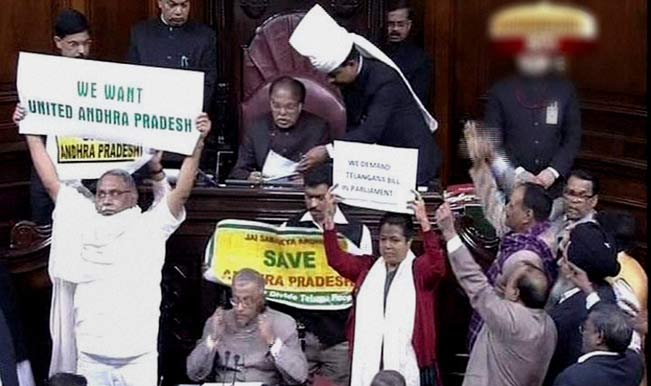 New Delhi, Feb 19: Bharatiya Janata Party leader Ravi Shankar Prasad said Wednesday that if the proceedings of the Rajya Sabha are not telecast live, there would be no debate. Also Read - Breaking News Live Updates: Lok Sabha Adjourned Till Tomorrow

“The government is going to bring the Telangana bill in the Rajya Sabha today (Wednesday). They have to ensure that the proceedings of the house are telecast live, otherwise there will be no debate,” Prasad told media persons. Also Read - Kolkata Municipal Polls: BJP Announces List of Candidates For Civic Elections in Kolkata

“We have also heard that there are no visual and audio recordings of the Lok Sabha proceedings yesterday (Tuesday). So, the BJP wants to know why was it not taken,” he added.

The live telecast of the Lok Sabha proceedings was Tuesday disrupted soon after the house started discussing the bill to create a separate Telangana state. An official said the disruption was due to a technical problem. IANS