Reddy might now wage a legal battle against the state's bifurcation and the "undemocratic" manner in which the Centre went about the process. 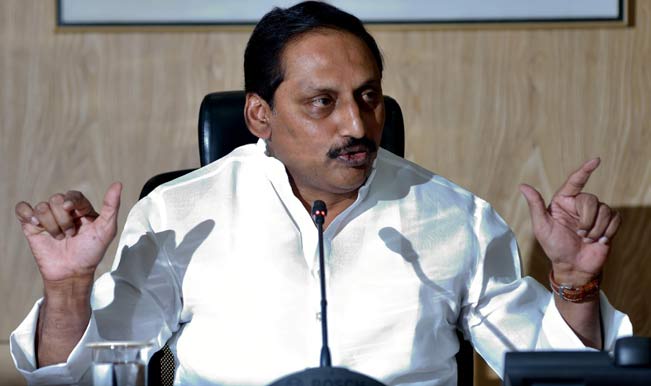 Also Read - Congress at nadir in AP; no party member in new Assembly

The Chief Minister is meeting some of his Cabinet colleagues and legislators from Seemandhra region before he addresses a press conference at 10.45 AM, sources close to him said. Also Read - Eight phase polling underway in Seemandhra amid sporadic clashes

He will then proceed to Raj Bhavan to hand over his resignation to Governor E S L Narasimhan. Kiran is miffed that the AP Reorganisation Bill has been passed by the Lok Sabha and that the Centre is keen to push it through in Rajya Sabha also. However, it is not yet clear whether he will quit the Congress as well and float a new party.

The sources close to him said, he might now wage a legal battle against the state’s bifurcation and the “undemocratic” manner in which the Centre went about the process. Another version coming out from his camp is that Kiran may take a “break” from active politics for a couple of years till things cooled down and then chalk out his future course.

He is expected to throw some light on his plans at the scheduled press conference. The bill to carve out Telangana, the 29th state, by splitting Andhra Pradesh was yesterday passed by the Lok Sabha with Congress and BJP coming together on the issue. PTI