Telangana is formally notified that Yanam will remain within Puducherry. 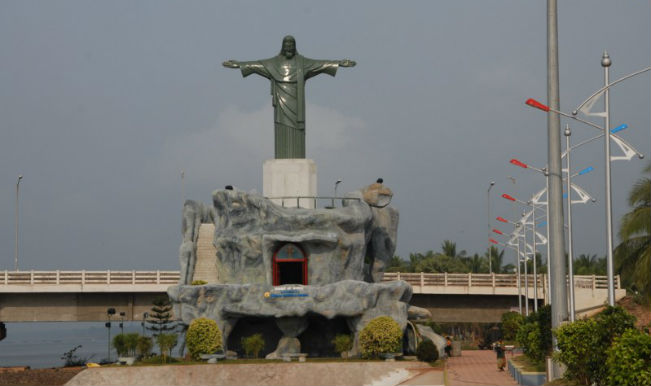 Yanam, March 2: As politicians and people spar over carving out Telangana as India’s 29th state, a town within the geographical space of Andhra Pradesh will remain immune to the split – at least in terms of governance and administration. Also Read - Shocking! 80% Women in THESE South Indian States Justify Men Beating Their Wives: Survey

That little town is Yanam in the East Godavari region of Andhra Pradesh – a former French colony for some 225 years till 1954, where one can still see glimpses of its Francophone past. Barely covering an area of 30 sq km, or just over one percent of Delhi’s total area and with a population of 55,516 as per the 2011 Census, Yanam has been under Puducherry’s administrative control, though geographically far removed. Also Read - 25 Students, 5 Teachers Test Covid Positive At Mahindra University, Hyderabad | Campus Shut

Located on the northern banks of the Godavari river, it is 460 km north of Chennai and around 30 km north of Kakinada, its nearest railhead. Puducherry, its administrative headquarters, is itself some 850 km away in the south.

As and when Telangana is formally notified, Yanam will remain within Puducherry.

But there are some fears and the people of Yanam have taken them up with Malladi Krishna Rao, the sole legislator representing Yanam in the 30-member Puducherry legislative assembly who won with a whopping 81-percent vote share in 2011.

“Yanan has been 100 percent a part of Poducherry and it will remain 100 percent part of it, even after the bifurcation of Andhra Pradesh. Our main concern is over water, education and transport,” Rao told IANS.

The residents said Yanam gets its water from the Godavari as part of a pact that was entered into between the French and the British prior to India’s independence. From 19 cusecs then, the Andhra Pradesh government has since raised it to 30 cusecs.

The question they ask is: What happens to the water pact now?

Rao said he has written on this issue to the group of ministers on Telangana headed by Home Minister Sushilkumar Shinde.

“We also want some quota, some seats for ourselves in higher education, after the split. We also want better transport connectivity. All these are important for us and for tourism.”

“Soyez le bienvenu” – welcome in French – is how a tourist used to be greeted while entering the town, which was first a French colony in 18th century and then fell into British hands thrice, before being won back by the French.

From 1816 onwards it was under the French administration and became a part of India only in 1954. Since then, it has been under the control of Pondicherry, now renamed Puducherry.

Yanam was a popular destination and people from other parts of India would go there for marriages, as the Sarada Act of 1929 enacted by the British against child marriages was not valid in the French territory.

Today the town remains popular with tourists thanks to its pristine beaches and well-manicured parks, as also several landmarks, notable among them a tall statue of Christ the Redeemer, ancient temples and churches with a French touch.

Yanam is also the third in antiquity among the five former French colonies in India – Chandannagar (1673), Pondicherry (1674), Yanam (1724), Mahe (1725) and Karaikal (1739). Four of these have geographical affiliations similar to that of Yanam.

Chandannagar, formerly called Chandernagore, is in West Bengal, some 30 km north of Kolkata, Karaikal is in Tamil Nadu, around 115 km south of Pondicherry, and Mahe is in Kerala, around 70 km north of Kozhikode.