In a huge setback to the Congress, the Telangana Rashtra Samithi (TRS) Monday ruled out a merger with it. After six-hour long meeting of its general body, the TRS chief K. Chandrasekhara Rao announ 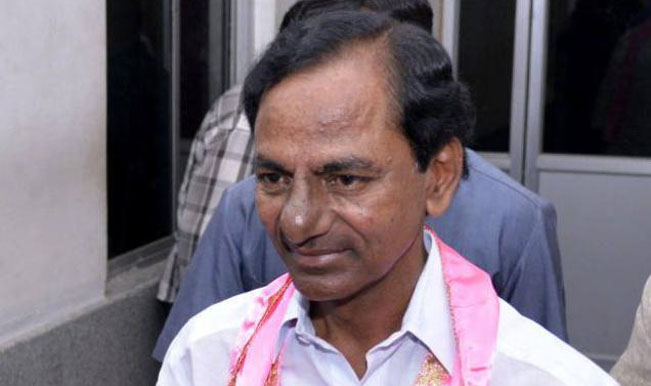 In a huge setback to the Congress, the Telangana Rashtra Samithi (TRS) Monday ruled out a merger with it.Also Read - As Omicron Looms, Hyderabad Airport Makes Special Arrangements For Flyers From 'At-Risk' Countries | Details Here

The party constituted a five-member committee to discuss electoral alliance, if other parties approach it. He said the panel would be open for an alliance with all parties including Congress. Also Read - Cyclone Jawad: What It Means And How Did it Get Its Name? All You Need to Know

KCR, as Rao is popular among his supporters, said the unanimous view of the party leaders was that under no circumstances, should the party merge with the Congress.

“Telangana needs its voice for rebuilding the state and hence we have decided that TRS will continue as a party, fight elections and stand by people,” he said.

Ten days after parliament passed bill to carve out separate Telangana state, the TRS took the decision, dealing a big blow to Congress, which was hoping to reap political benefits in the region.

The TRS chief clarified that he had offered to merge the party with Congress if Telangana state is created without any conditions. “They have put so many conditions like Hyderabad will be common capital for 10 years, governor will have law and order powers in Hyderabad,” he said.

He complained that Congress never took TRS on board while taking decisions and drafting Telangana bill. “None of our demands including the demand for special status to Telangana were considered. Their attitude hurt us but we kept quiet so that they don’t blame us for creating hurdles,” he said.

He criticised the central government for issuing an ordinance to merge several villages of Khammam district in Seemandhra and said the TRS would challenge it in the Supreme Court. KCR also targeted Congress for inducting MPs and legislators expelled by TRS in its fold. He also claimed that Congress president Sonia Gandhi did not raise the issue of merger when he met her twice.

“There are other ways to thank Congress for passing Telangana bill in parliament. If they need our support at the centre for formation of a government, we will extend it,” he said.

The MP predicted a coalition government at the centre. Confident that TRS will bag 16 Lok Sabha seats, KCR said it would use its strength to rebuild Telangana by getting more funds and new projects for the state.