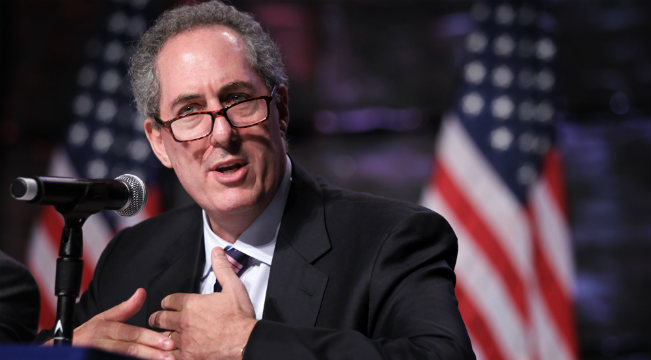 Washington, Aug 1: The US has blamed India for the collapse of the talks for a Trade Facilitation Agreement (TFA) and said that New Delhi taking a hardline position has put the future of World Trade Organisation in “uncertain ground”. In a statement, the US has regretted that “India and handful of (WTO) Members” decided not to adhere to their commitment to implement the TFA consistent with the Bali agreement. Also Read - After US Announces Ban on TikTok From Sunday, Chinese App Says Will Fight Ongoing Crackdown

India has been maintaining that it would not adopt the protocol on the TFA until a permanent solution is found on the public stock holding for food security purposes. “The US is fully committed to the multilateral trading system embodied in the WTO. But the WTO system relies on its Members to implement the commitments to which they have agreed,” US Trade Representative Michael Froman said in a statement, expressing his deep disappointment over the failure of the agreement on TFA. Also Read - US to Ban TikTok, WeChat Downloads From September 20 Amid Security Concerns

“Geneva will be quiet for the next several weeks. This is a good time for all of us to reflect on these developments and to consider the implications going forward. We will consult with our trading partners on potential paths forward,” Froman said. Meanwhile, a trade official, who spoke on the condition of anonymity, said it is “incredibly sad” that India has not upheld its Bali commitment and this has put the WTO in a highly new “uncertain” ground.

The trade official, familiar with the Geneva negotiations on TFA, alleged that rigid stand of “India and very small handful of countries” has put the WTO in jeopardy. India and the few other countries attempted to re-negotiate aspects of the Bali agreement, on which they had apparently changed their mind.

“In particular there was an effort to re-negotiate elements of the agreement on food security that had been arduously negotiated over a period of many many months,” the official said. It was difficult to understand the “erratic behaviour” by India, and for a long time there was no official position from the new Indian government, the official said adding that there was an indication that assurances needed to be made that all aspects agreed in Bali be given appropriate support by those who agreed to them.

India, the official said, received those assurances from G-20 members, including its current chairman Australia. There were other efforts to provide assurances to India in this regard. “The US indicated that it is willing to find a formal way to give them the specific assurance regarding that particular question but the suggestion was rejected by India at the very last minute,” the official said.