T which "has claimed responsibility for the 2008 Mumbai terrorist attacks that killed at least 163 people," was also "responsible for the May 23 attack on the Indian Consulate in Herat, Afghanistan. 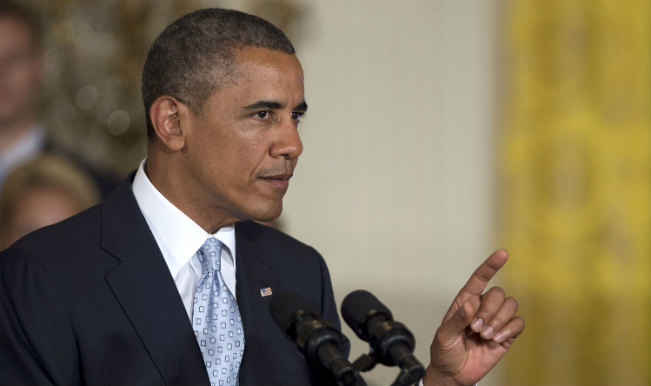 Washington, Jun 26: The US has added various front organisations of the Pakistan based Lashkar-e-Taeba (LeT) to its list of foreign terror organisations, saying the action would help cut off their funding and prevent future attacks. Also Read - PM Modi Likely to Hold COVID-19 Review Meeting With Chief Ministers of 7 Worst-hit States Next Week

LeT which “has claimed responsibility for the 2008 Mumbai terrorist attacks that killed at least 163 people,” was also “responsible for the May 23 attack on the Indian Consulate in Herat, Afghanistan,” the State Department said on Wednesday. Also Read - Politics Heats up Over Farm Bills 2020, PM Modi Says Opposition Misleading Farmers; Cong Calls it 'Blatant Attack' on Federal Structure

The attack three days before the swearing in of the new Bharatiya Janata Party (BJP) government was apparently aimed at derailing Prime Minister Narendra Modi‘s initiative to reach out to India’s South Asian neighbours.

“Cooperation between the United States and India has already led to several Mumbai terrorists, including David Headley, being brought to justice,” she said.

Born Daood Sayed Gilani to a Pakistani father and an American mother, the key plotter of the Mumbai attacks had changed his name to David Coleman Headley at the instance of LeT to avoid attention as he scouted targets for the attack.

“To date, the Department of Justice and FBI have provided extensive assistance to the Government of India in their investigations into the Mumbai attacks, including access to interview David Headley and substantial additional evidentiary evidence as well,” Harf said.

President Barack Obama “and everyone have been very clear that we will continue working to bring other perpetrators of this attack to justice,” she said.

Asked if the US was considering giving India another round of access to David Headley and his co-accused Tahawwur Hussain Rana, the spokesperson said the justice department and the FBI “would probably be better able to speak to that.”

The terrorist designations of LeT have been amended to add Jama’at-ud-Dawa, headed by the mastermind of Mumbai attacks Hafiz Muhammad Saeed, Al-Anfal Trust, Tehrik-e-Hurmat-e-Rasool, and Tehrik-e-Tahafuz Qibla Awwal to its list of foreign terrorist organisations.

The new sanctions include a prohibition against knowingly providing material support to these organizations, and the freezing of all property and interests in property of the organizations in the US.

“We will continue to target LeT’s financial foundation to disrupt and impede its violent activities,” he said. After the 2008 Mumbai attacks, LeT was responsible for multiple terrorist attacks, mostly in Jammu and Kashmir in 2011, State Department said.

In 2012, LeT claimed responsibility for an attack against an Indian army convoy in Kashmir that killed one civilian and injured two others.