US to have 9,800 troops in Afghanistan in 2015: President Barack Obama

"We will only sustain this military presence after 2014 if the Afghan government signs the Bilateral Security Agreement that our two governments have already negotiated. 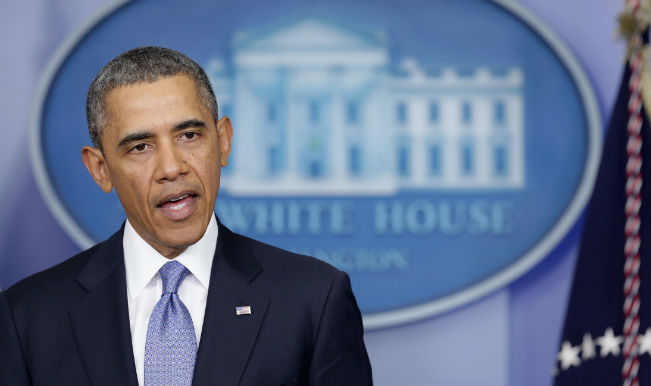 “At the beginning of 2015, we will have approximately 9,800 US service members in different parts of the country, together with our NATO allies and other partners,” Obama said. “By the end of 2015, we will have reduced that presence by roughly half. One year later, our military will draw down to a normal embassy presence in Kabul, with a security assistance component, just as we?ve done in Iraq,” he said yesterday. Also Read - This Mumbai Based Travel Firm Launches COVID Vaccine Packages For Those Who Wish to go to the US to Get Vaccinated

Obama said the international community will continue to support Afghans as they build their country for years to come. He said the US’ relation with Afghanistan will not be defined by war but by financial, development and diplomatic assistance to the worn-torn country. “We will only sustain this military presence after 2014 if the Afghan government signs the Bilateral Security Agreement that our two governments have already negotiated. This Agreement is essential to give our troops the authorities they need to fulfill their mission, while respecting Afghan sovereignty.

“The two final Afghan candidates in the run-off election for President have each indicated that they would sign this agreement promptly after taking office. So I’m hopeful that we can get this done,” he said. Obama’s announcement was welcomed by his Cabinet colleagues and lawmakers. Secretary of State, John Kerry, said the Afghan people had an opportunity to “build on the progress that’s been made, to achieve a more secure, more prosperous, and more peaceful future.”

“I strongly support the president’s decision to maintain a limited US troop presence in Afghanistan after our combat mission ends there later this year. Defence Secretary, Chuck Hagel said, “This presence will help ensure that al Qaeda cannot reconstitute itself in Afghanistan, and it will help us sustain the significant progress we have made in training and equipping the Afghan National Security Forces,” said.