Vijay Goel’s statement is an attempt to spread hatred in the society : Nitish Kumar 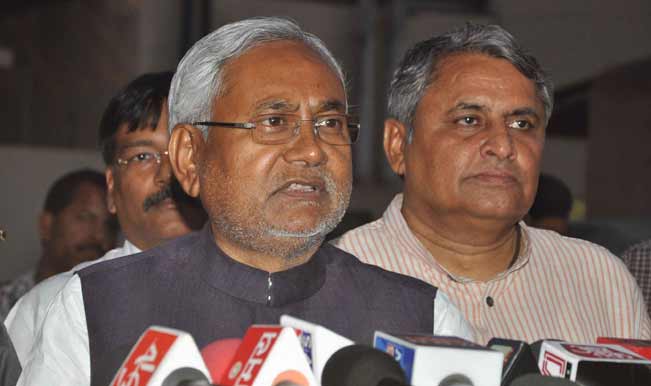 Patna, Aug 2: Senior JD(U) leader Nitish Kumar today described senior BJP leader Vijay Goel‘s comments on the people from Bihar as “anti-Constitution aimed at spreading hatred” and asked the party to make its stand clear on the matter. “Vijay Goel’s statement is an attempt to spread hatred in the society and is against the spirit of the Constitution,” Kumar, former Chief Minister of Bihar, told reporters here. Also Read - Farm Bills Row: Not Calling Bills Anti-farmer, Says Harsimrat Kaur; SAD to Wait For Fate of Bills in RS Before Taking Call on Staying in NDA | Top Points

“Jaisi party vaise log (as is the party so is its people),” Kumar said taking potshots at his earlier NDA colleague.
Goel had on Thursday last said in the Rajya Sabha that to solve the problems of Delhi, there was a need to stop the inflow of migrants from Bihar and Uttar Pradesh because they do not have employment opportunities in their respective states. These migrants settle in slums, which later become unauthorised colonies. If we have to solve the problems of Delhi, we need to stop this inflow of migrants, Goel had said. Also Read - Govt Apathy: Villagers In Bihar's Gaya Construct Bridge That Had Been Pending For 30 Years!

The former Bihar chief minister said on the sidelines of a function of his party’s medical cell that Delhi belongs to everybody and was not only for those who came to settle here earlier. During the time of Independence the population of Delhi was around 4-5 lakh which has multiplied to about 1.5 crore now, Kumar said. People from Bihar are hard working and add to the economy of the place they live, he said.