Mayawati- the self proclaimed messiah of the Dalits took three full days to react to the shocking gang rape and murder of two girls in Samajwadi Party’s chief Mulayam Singh Yadav’s constituency. 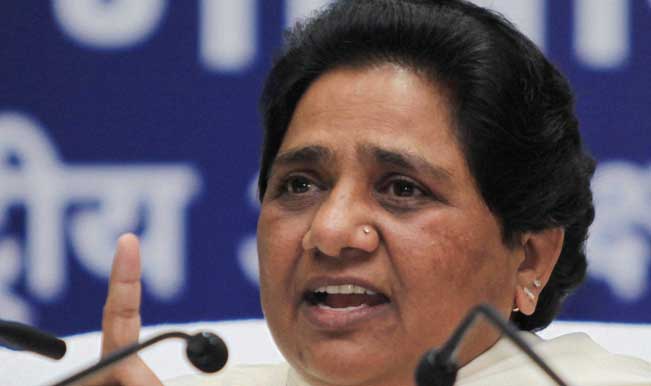 Once done, she started blabbering as she read from the piece of paper, on the rising crime rate in Uttar Pradesh and the sorry state of affairs in the state. She said, “The rape incident calls for a CBI probe and I repeat my party’s stand that in such dire circumstances, the Governor of UP should immediately call for the Presidential rule. The situation under the SP government would only worsen.”

She accused the SP and BJP to be working hand in glove to communalize and disrupting the peace and calm of the state in order to reap electoral benefits. People of UP were expecting the crime rate to lessen and the law and order would be restored after the elections, but it has not happened.

The lack of electricity post-poll is another issue. The SP government has deliberately disconnected electricity in the state other than the areas of their relatives and ministers.

After taking Akhilesh Yadav to task, Mayawati turned her guns towards the newly formed Narendra Modi-led NDA government at the Centre.

She said, “The newly elected BJP government are preaching suggestions, measures and moralistic talks daily, but there is no significance in the ground reality.”

She took at jibe at Narendra Modi’s invitation to SAARC leaders. She said, “The way Narendra Modi extended invitation to Pakistan PM, Nawaz Sharif, is no different than Manmohan Singh holding talks with the Pak PMs. So, is there any difference between the UPA and the BJP?”