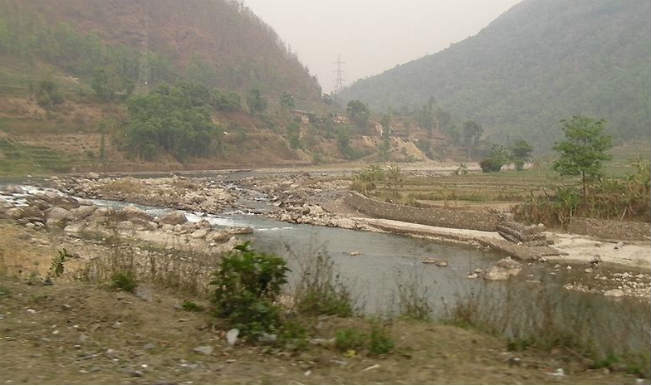 Also Read - Will Enter Politics Only if People of My Home District Want it, Says Bihar EX-DGP Gupteshwar Pandey

Patna, Aug 3: Water level of Kosi River in Bihar increased today after the Nepalese Army carried out low-intensity blasts to remove the landslide debris from a river in Nepal to free the huge quantity of water accumulated there. “The Nepal Army has not been entirely successful in removing the landslide debris that has blocked Bhote Kosi river and turned it into a lake. The Army conducted a series of low-level intensity blasts yesterday evening, releasing a few thousand cusecs of water,” Water Resources Minister Vijay Kumar Chaudhary said. Also Read - 'China Back Off': Fresh Protests Break Outside Embassy in Nepal Over Alleged Chinese Intrusion

The landslide and the ensuing damming of Bhote Kosi, a major tributary of Kosi, has occurred at Jure in Sindhupalchok district of Nepal. The place is located north of Kathmandu and around 260 km from the Bihar-Nepal border. “Water released after the blasts has started reaching Bihar. We have noticed increase in the level of Kosi River at various places,” Chaudhary told PTI. Also Read - 16 Countries Provide Visa-Free Entry to Indian Passport Holders: Govt Tells Rajya Sabha

The minister said a series of activities were still going on at Jure to remove the blockage of Bhote Kosi and more water was expected to flow down and enter Kosi. “According to our information, the blockage on Bhote Kosi is around 1 kilometre in length and removing it to free the river is a tough task. Our teams of officials in Nepal are keeping a watch on the situation,” he said.

The Bhote Kosi was blocked on Friday after a massive landslide cut loose huge portions of mountains which fell on the river. Around 25 lakh cusec of water has accumulated there as a result and the government there is trying to blast it free since then.The Bihar government had issued a high alert yesterday and ordered evacuation of people living the low-lying areas close to Kosi, saying a 10-metre high wall of water could sweep down the river after the accumulated water becomes free. The evacuation of around 1.5 lakh people in eight districts is still going on in various areas of north Bihar.