Will Narendra Modi be able to motivate India’s vast bureaucracy?

Admitting that there was widespread perception that bureaucracy was sluggish, he said that if the top leader was motivated, he can motivate others and spread positivity. 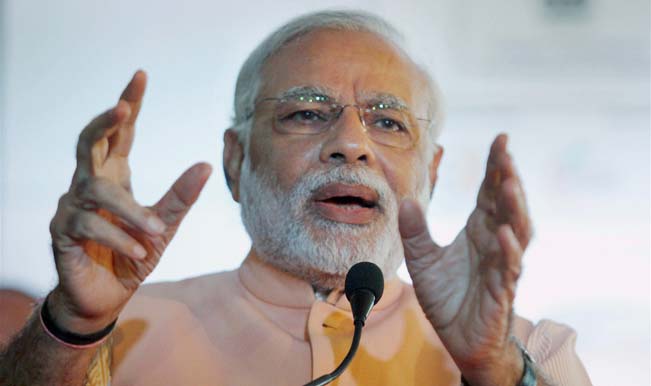 New Delhi, June 11 : Prime Minister Narendra Modi has sought to boost the morale and motivation of civil servants and has laid thrust on efficiency and delivery but will his message percolate down to the 18 million-strong bureaucracy known to work at its own pace? Former secretaries said that persistent efforts would be required to improve motivation at various levels of government due to sheer size of the officialdom. Also Read - Planning Lockdown, Urging Flight Ban And Scaling up Testing: How Are Indian States Preparing to Combat Omicron

Modi’s separate meetings with ministers and secretaries last week – the first time a prime minister has interacted with secretaries, the top bureaucrats in any ministry, in recent times – has set the broad template of action for the new government that assumed office about two weeks back.Modi told the secretaries not to hesitate from taking decisions and conveyed that he would stand by them. Also Read - #UPSCExtraAttempt: Why Are Civil Service Aspirants Demanding Another Chance?

Modi’s message to simplify rules, discard procedures that had become archaic and use technology to bring efficiency in administration has already resulted in the Cabinet Secretariat coming out with a note on steps to speed up decision making.The Indian bureaucracy, once regarded as the “steel frame” that supported the British Empire in South Asia, is widely perceived as rusty. The Hong Kong-based Political and Economic Risk Consultancy rated it as one of the “worst” bureaucracies in Asia for bottlenecking key policies, pervasive red tapism, corruption, being uninnovative and insensitive, and having officers who lack expertise.
Former secretaries and senior officials IANS spoke to said that Modi’s words will help tone up the administration.

S C. Tripathi, a former petroleum secretary, said that the efforts by the new government to improve administration were “very welcome.”In modern administration, the prime minister is looked upon as chief executive. Since the implementation of policies is left to the civil servants, he has to be in touch with them,” Tripathi told IANS.He said that there existed “a gulf” in the decision making process and implementation during the previous United Progressive Alliance government.

Tripathi said the modern communication system enabled quicker flow and processing of information and decisions can be made fast.”The modern system requires the prime minister to act as CEO. It is demand of time,” he said.Tripathi, who served as a secretary during the NDA government as well as the UPA-I government, said it would be a challenge for the Modi government to change the mindset of bureaucracy.”It (the bureaucracy) is not used to taking decisions, has become risk-averse and lacks leadership,” he said.

Tripathi said ministers were also not used to taking firm decisions and find scapegoats if a decision becomes unpopular.He said bureaucracy comprised millions of people working in central and state governments at various levels and sometimes even top bureaucrats in states feel demoralized. “The central government has to make the all India services feel that they (central service officers) belong to them.”Former home secretary R.K. Singh, who is now a BJP MP from Arrah in Bihar, said steps being taken by the prime minister will help boost the morale of officers.

“The officers need to be told that they have space to work. They (can) say what they feel is correct and do what they feel is correct and they will be backed up. That is the most basic requirement for the system,” Singh said.A former water secretary, who spoke on the condition of anonymity, said Modi’s dialogue with the top civil servants will tone up the administration.”The layers of decision-making will be reduced. The assurance given by the prime minister that he will protect them is a great assurance. They will work within the rules without fear,” the official told IANS.

He said that major challenge for the government was to bring greater efficiency in the work of employees at various levels in government.”Ninety-nine percent employees are in middle level or below. The challenge is to motivate them. Motivating top levels may not be a problem,” he said.The official said that a reason for “policy paralysis” during UPA years was that officials felt that they could be hauled up later for their decisions.”There was a feeling that if you took a decision today, somebody may question it after four-five years. In five years, circumstances can change and people can interpret a decision differently,” he said.

A senior official with the Haryana government said that “things done now (by Modi) should have been done much earlier.”
He said bureaucracy was an instrument of governance and it depends on the government of the day how to use it.”If it is conveyed that you will be protected in case there is some bona fide minor error of judgement, it boosts morale,” he said.Admitting that there was widespread perception that bureaucracy was sluggish, he said that if the top leader was motivated, he can motivate others and spread positivity.

“The challenge for the government is to spread positivity across the people in government and outside. Motivation is very important.”