Would love to judge a cookery show on TV: Pooja Bhatt

New Delhi, Nov 24: She calls herself a foodie and loves to cook for her loved ones in her free time. Actress-filmmaker Pooja Bhatt says she'd love to judge a cookery show on the small screen as l 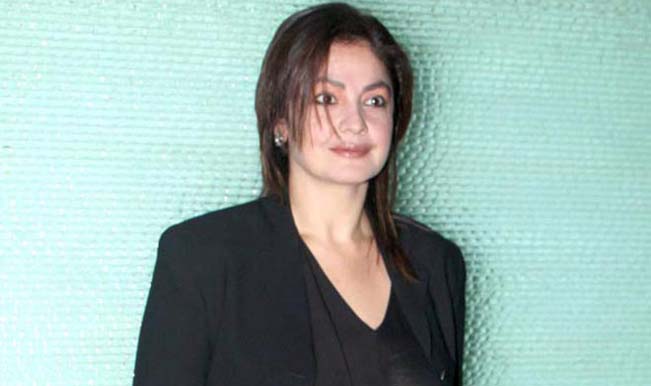 New Delhi, Nov 24: She calls herself a foodie and loves to cook for her loved ones in her free time. Actress-filmmaker Pooja Bhatt says she’d love to judge a cookery show on the small screen as long as the quality of cookery shows improves in the country. She believes filming of food is an “art”, and says the desi idiot box lacks the quality that international cookery shows exude. “If somebody asks me, then why not,” the 42-year-old told IANS when asked if she’d ever judge a cookery show on TV. Also Read - Faraaz Khan Battling With His Life Following Brain Infection, Pooja Bhatt Reaches Out After Family Seeks Financial Support

“I am addicted to watching cookery shows. I cook as much as I eat and I like the aroma that comes out of a kitchen. So, if given a chance, I will definitely judge a cookery show on TV,” she added. Over the years, Indian television has witnessed a change in content of cookery shows. There are now competition-based shows as well as interactive ones, but Pooja says they “lack certain things”. “For instance, compare ‘MasterChef Australia’ and ‘MasterChef India’. Look at the way food is filmed abroad, it’s an art. Photography is a different kind of equity. The problem that I find in ‘MasterChef India’ is that it doesn’t look like ‘MasterChef Australia’. It doesn’t have that kind of mood,” added Pooja. Also Read - Pooja Bhatt Talks of How She Combated Drinking Issues in an Instagram Post: I Chose to Recover Openly

The actress-filmmaker was in the mood to talk food as she was in the capital to judge the Hyatt Culinary Challenge 2014 recently. The contest was launched last month across select locations in India where Hyatt hotels are present. Pooja, who looked fit and fine in a black outfit and had spunky green streaks on her locks, says she indulges a lot in eating what she loves — unlike many of those who sacrifice their cravings just to remain slim and trim.

Sharing the difference between the fitness trend in Bollywood a few years ago and now, the daughter of acclaimed filmmaker Mahesh Bhatt and elder sister of Alia, said: “We all have phases. The difference between earlier and now is that thinness was not an obsession earlier. We were aware about a healthy body and never believed in the process of letting our health suffer. “Women today are depriving themselves of the good things in life. The constant craze of size zero and crash diets is not very good. There are a lot of young girls today who have no hesitation in using animal-tested steroid or latex to look like a certain way. But they are weak internally.

“In today’s time, you have to be tough and strong,” added Pooja, who had showcased her acting prowess in movies like “Daddy”, “Dil Hai Ki Manta Nahin”, “Sir”, “Zakhm” and “Tamanna”. She later stepped into direction in the year 2004 with “Paap” and soon came up with a number of Bollywood hits like “Holiday”, “Dhokha”, “Kajraa Re” and “Jism 2”. For her, it’s the right food intake that keeps her going. “I don’t have the luxury of going to the make-up room (on a set). I am producer and director, and I have to be on the set. I have to lead 80 men from the front, so I have to walk faster and have to be tougher. So, if I don’t get food, I will be in bad mood,” she said.