Madhya Pradesh Panchayat Elections 2022: As per the EC, the counting of votes for Sarpanch and Panch elections will be done on the day of polling,

The state election commission said the voting for the first phase will begin on January 6, 2022 and for the second and third phase, it will be held on January 28 and February 16 respectively. Also Read - Will Ban On Physical Rallies For Assembly Polls be Extended Amid COVID Cases? EC To Take Decision Today

The EC said with the announcement of the elections, the model code of conduct has come into effect in the state. 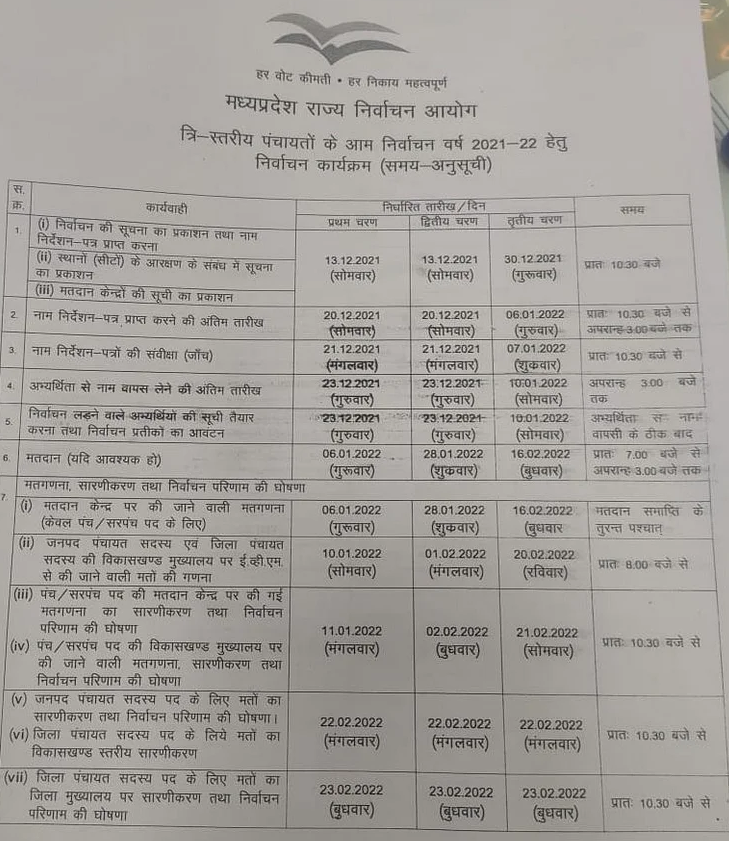 Giving details, the EC said that the ballots for Sarpanch and panch elections will be used, while EVM will be used for district Panchayat and Janpad Panchayat.

“Different colored ballot papers will be used for the election. Voting will be held from 7 AM to 3 PM. It will be mandatory for the voter to bring identity card to the polling station to cast vote. Over 55000 EVMs will be used in Panchayat elections,” the EC said.

The EC further added that in the first phase, the elections will be held in 6283 gram panchayats and 313 districts and for this, over 19998 polling stations will be set up.