According to the SOPs, the Idol height  has been restricted to 4 feet for public mandaps, and 2 feet for home idols.

Mumbai: The Brihanmumbai Municipal Corporation (BMC) on Thursday issued guidelines for this year’s Navratri celebrations. The BMC has capped the height of the Durga idol to 4 feet for public celebrations, and 2 feet for private gatherings.The corporation has also mandated satinisation for mandaps and restricted flowers and sweets inside the pandals. BMC said that they would encourage people to go for online darshan.Also Read - Mumbai Reports Zero Covid-19 Deaths for First Time In 20 Months, Civic Chief Calls it 'Great News'

“At the time of Ganpati, religious places had not opened, so we had not allowed physical darshan. However, now the same will be allowed with the rider that social distancing and all other Covid-appropriate behaviour should be followed. We are, however, restricting garba as that brings people in close contact with each other,” said deputy municipal commissioner Harshal Kale to the Times of India. Also Read - Maharashtra Lockdown: Uddhav Thackeray To Decide Over More Covid Relaxations After Diwali, Says Rajesh Tope

“There will also be no artificial immersion sites and all idols will be immersed in natural immersion sites only. However, the idol will need to be handed to municipal staff at the spot for immersion,” he added. Also Read - Top Safest Countries in The World - Spain, France Are Here But Where Does India Stand? 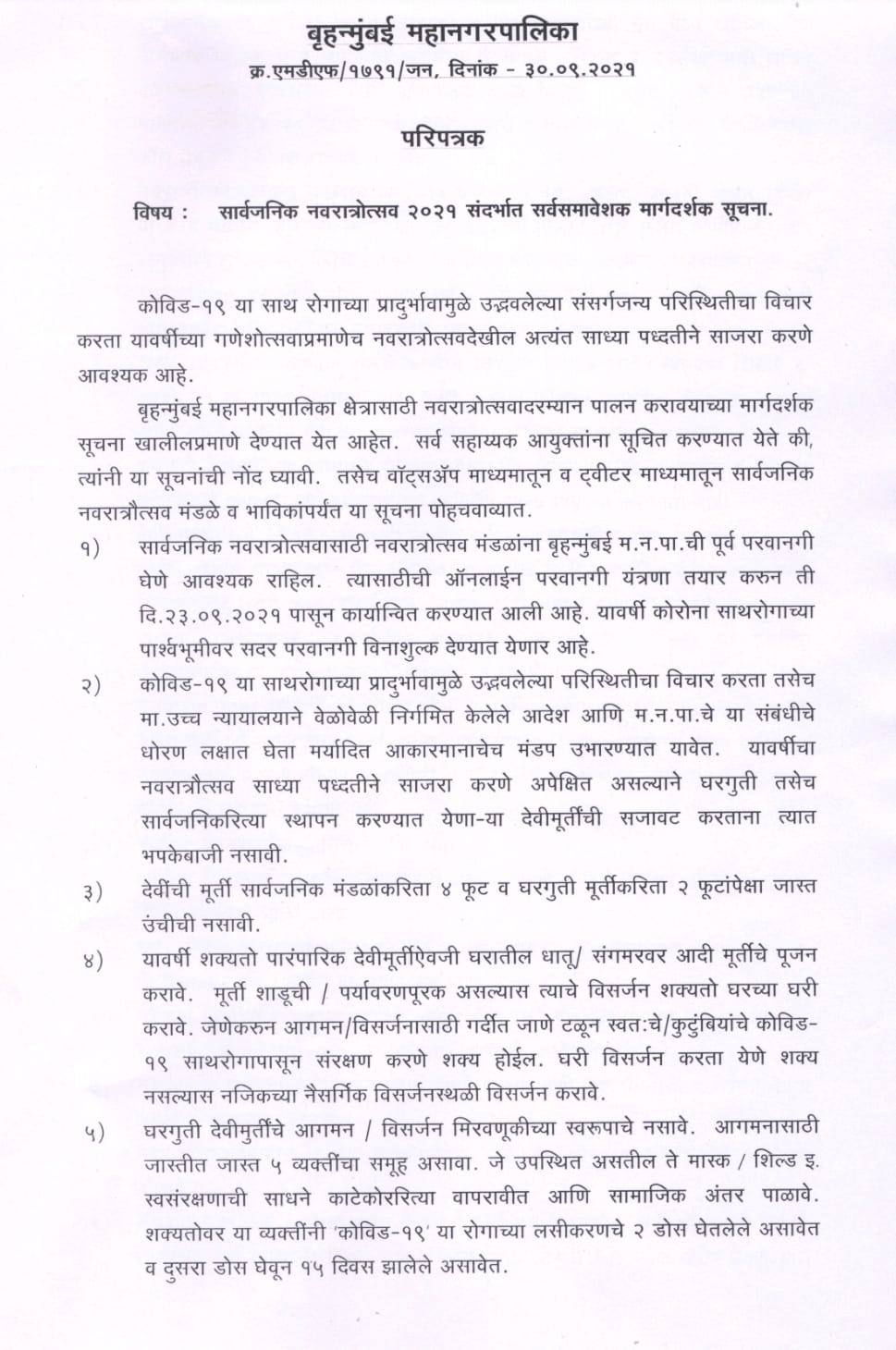 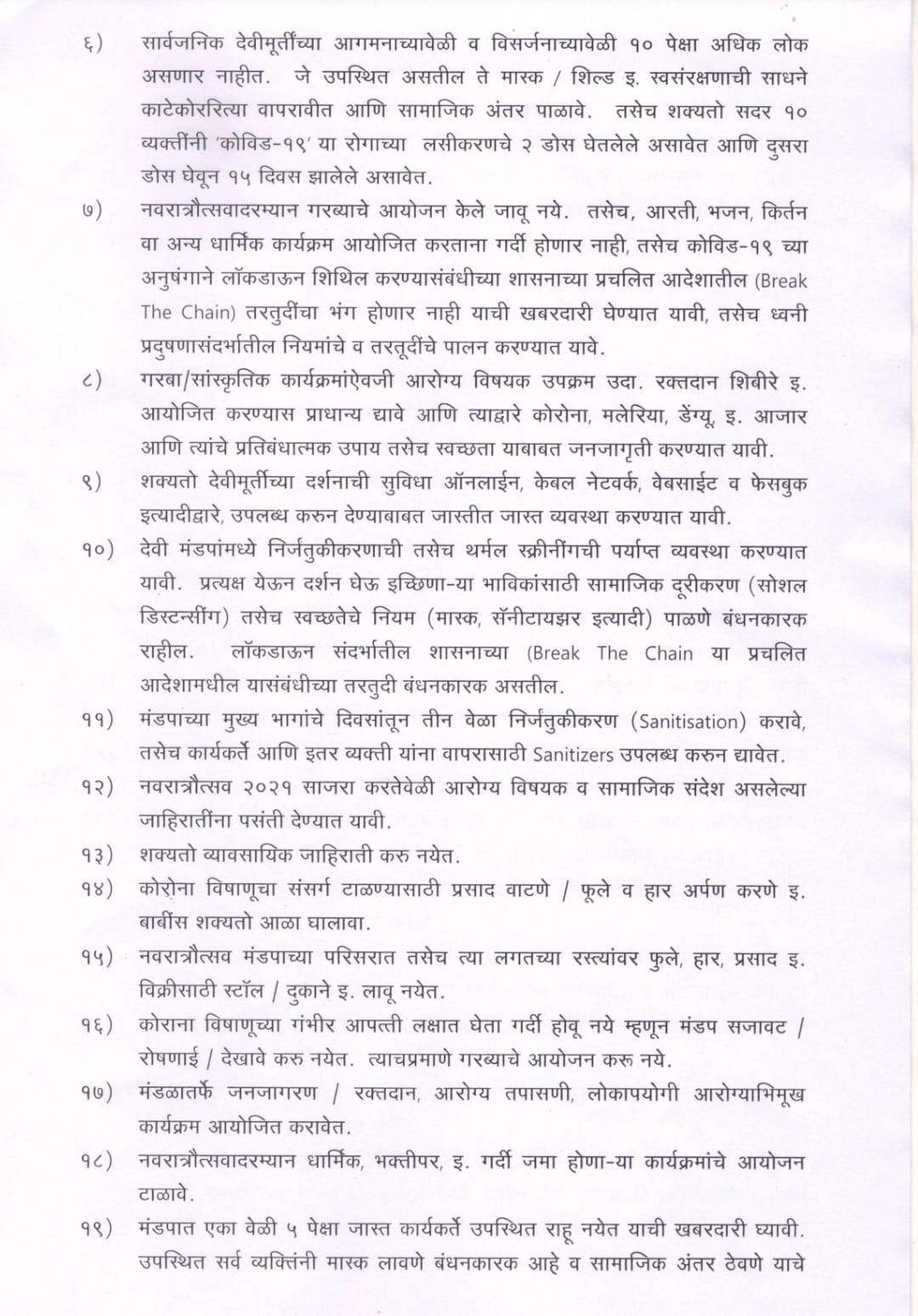 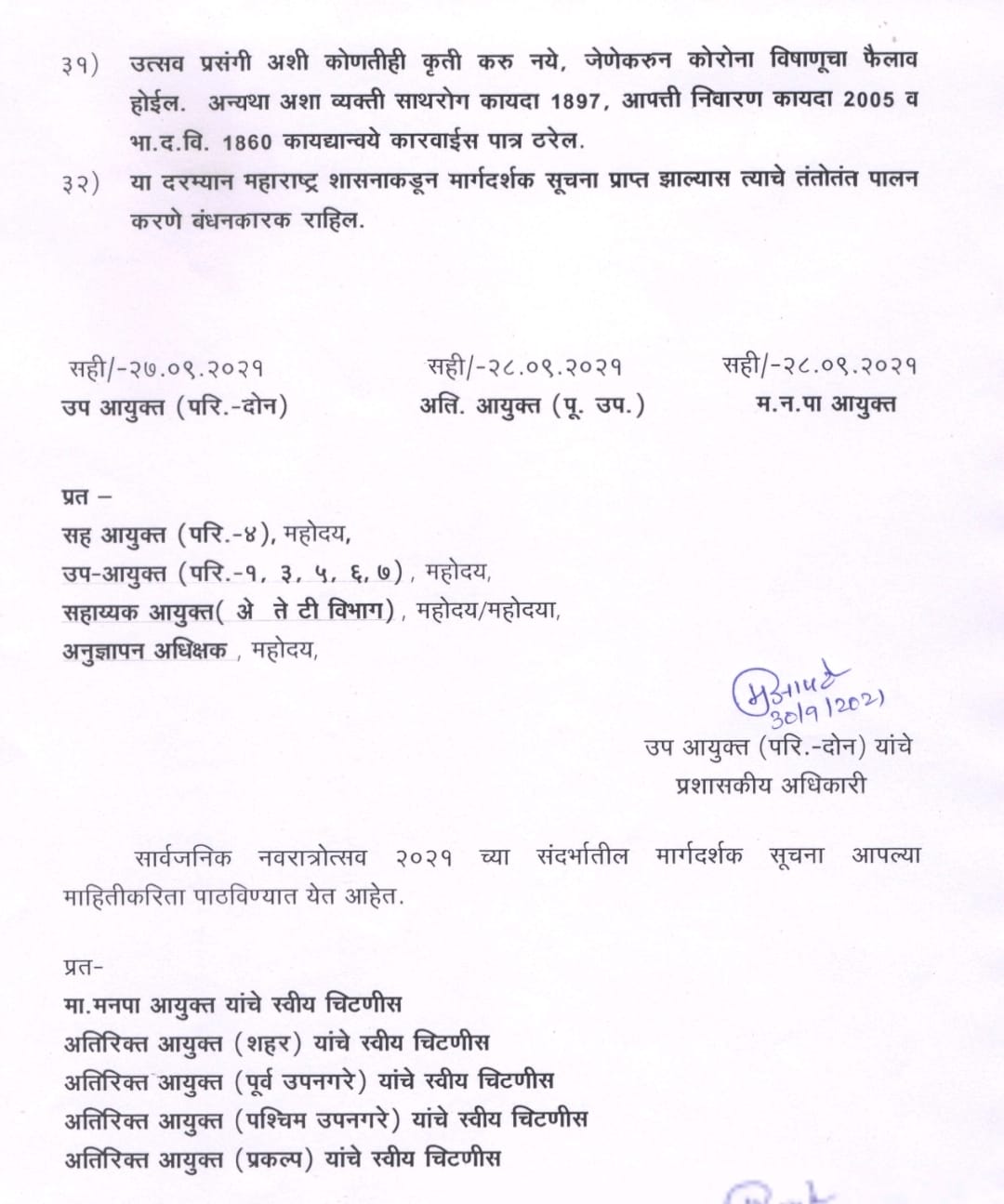 Here are some of the takeaways from the order issued:

The BMC has also said that the welcome and the farewell of the idol in case of those brought in residential premises should not be in the way of a procession with more than five persons. Those five should also be wearing masks, ensure social distancing and should have taken both Covid-19 doses and completed 15 days.