The India Meteorological Department (IMD) on Friday issued a red alert for six districts of Maharashtra which have been already pounded by heavy rains, forecasting 'extremely heavy' rainfall and recommending preventive actions. The alert was issued for the next 24 hours for the districts of Raigad, Ratnagiri and Sindhudurg in coastal Konkan and also for Pune, Satara and Kolhapur in Western Maharashtra.

Mumbai: As many as 129 people have died in rain-related incidents including landslides in Maharashtra in the last 48 hours, a senior official from the state disaster management department said on Friday evening. This included 38 deaths in a landslide in a village in the coastal Raigad district’s Mahad tehsil on Thursday, he told PTI. The India Meteorological Department (IMD) has predicted that such downpour would continue for the next 48 hours. The met department has predicted heavy to very heavy rainfall for Mumbai, its suburbs and other parts of Maharashtra with the possibility of extremely heavy rains at isolated places. Earlier on Thursday, Chief Minister Uddhav Thackeray held an emergency meeting to take stock of the flood situation in the Ratnagiri and Raigad districts. He asked the Disaster Management units and concerned departments to stay alert and start rescue operations. Besides, PM Modi also assured all possible help from Centre to mitigate the situation. “Spoke to Maharashtra CM Shri Uddhav Thackeray and discussed the situation in parts of Maharashtra in the wake of heavy rainfall and flooding. Assured all possible support from the Centre to mitigate the situation. Praying for everyone’s safety and well-being,” PM Modi tweeted.Also Read - PM Modi Clocks 20 Meetings in His 65-hour Stay in US

10 PM: Over 136 people have died in flood and landslide-related incidents in Maharashtra after the state witnessed a spate of rain on Friday. Also Read - Assam Siblings Write to PM Modi and CM Himanta to 'Take Necessary Action' as Their Adult Teeth Weren't Growing and They Had Trouble Chewing Food

8.45 PM: Around 80-85 people are missing. Out of them, 33 bodies have been recovered. Many are still trapped under debris. NDRF, local agencies & others are undertaking rescue operation: Maharashtra Urban Development & PWD Minister Eknath Shinde on landslides in Talai village of Raigad

“The death toll in Maharashtra in the last 48 hours has reached 129. Most of the deaths are from Raigad and Satara districts,” a senior official from the state disaster management department official said. Besides landslides, several people were swept away in floodwaters. The official put the death toll in various incidents in Western Maharashtra’s Satara district at 27. Other fatalities included those reported from eastern districts such as Gondia and Chandrapur, he said.

Water level at Rajaram bridge (on Panchganga river) has reached the 54 ft mark. I request people to cooperate with rescue teams for early evacuation. I also request people to remain indoors as next 48 hrs are critical: Satej Patil, Guardian Minister Kolhapur

Maharashtra | A team of the National Disaster Response Force (NDRF) has rescued 221 persons from Mirgaon village in Patan of Satara district amid heavy rainfall in the region pic.twitter.com/BsygrtDvoH

Maharashtra CM Uddhav Thackeray has announced financial assistance of Rs 5 lakhs each to the heirs of those who died in incidents related to rain in the state. Treatment of those injured in such incidents will be borne by the govt: Chief Minister’s Secretariat

18 teams are currently deployed and 8 additional teams will be deployed in Maharashtra. As many as 32 bodies have been recovered following landslides in Raigad due to excessive rain: Mohsen Shahidi, DIG, National Disaster Response Force (NDRF)

Maharashtra | A team of army personnel arrives at Chiplun in Ratnagiri to conduct relief work pic.twitter.com/OaqYlINDc9

PM Narendra Modi has announced an ex-gratia of Rs 2 lakhs each from PMNRF for the next of kin of those who lost their lives due to a landslide in Raigad, Maharashtra. Rs 50,000 would be given to the injured: PMO

"Most of our household items remain of no use for us. We are not even able to open doors of our houses as they're jammed due to water," says Mahesh, a local pic.twitter.com/AkfETAqryq

A state of concern is present in Kolhapur as Panchaganga river’s water level is rising. Help is being sent; 45-50 causalities have been reported. 2 teams of NDRF present & 1 is on its way. Military is also deployed: Vijay Wadettiwar, Maharashtra Minister of Relief& Rehabilitation

NDRF and other rescue teams are facing problems reaching to the flood-affected areas in Chiplun as the roads and bridges are damaged. The situation remains tense: Maharashtra CM Uddhav Thackeray

The accident in Maharashtra’s Raigad due to heavy rain & landslides is very sad. I have spoken to CM Uddhav Thackeray & NDRF DG SN Pradhan in this regard. NDRF teams are engaged in relief & rescue operations. The Centre is extending all possible help there: Union Home Minister Amit Shah

A total of 36 people have died in the district due to landslides pic.twitter.com/kebygVcPjt

14:50 PM: Due to landslides in Talai village, Raigad around 35 people have lost their lives. Rescue operation is underway at many places. I have ordered the evacuation & relocation of people who are living in areas where there is a possibility of landslide, said CM Thackeray.

14:50 PM: NDRF and other rescue teams are facing problems reaching to the flood-affected areas in Chiplun as the roads and bridges are damaged. The situation remains tense, said Maharashtra CM Uddhav Thackeray.

14:19 PM: A total of 36 people died in the district due to landslides, 32 of them died in Talai and 4 in Sakhar Sutar Wadi. 30 people trapped: Nidhi Chaudhary, District Collector, Raigad 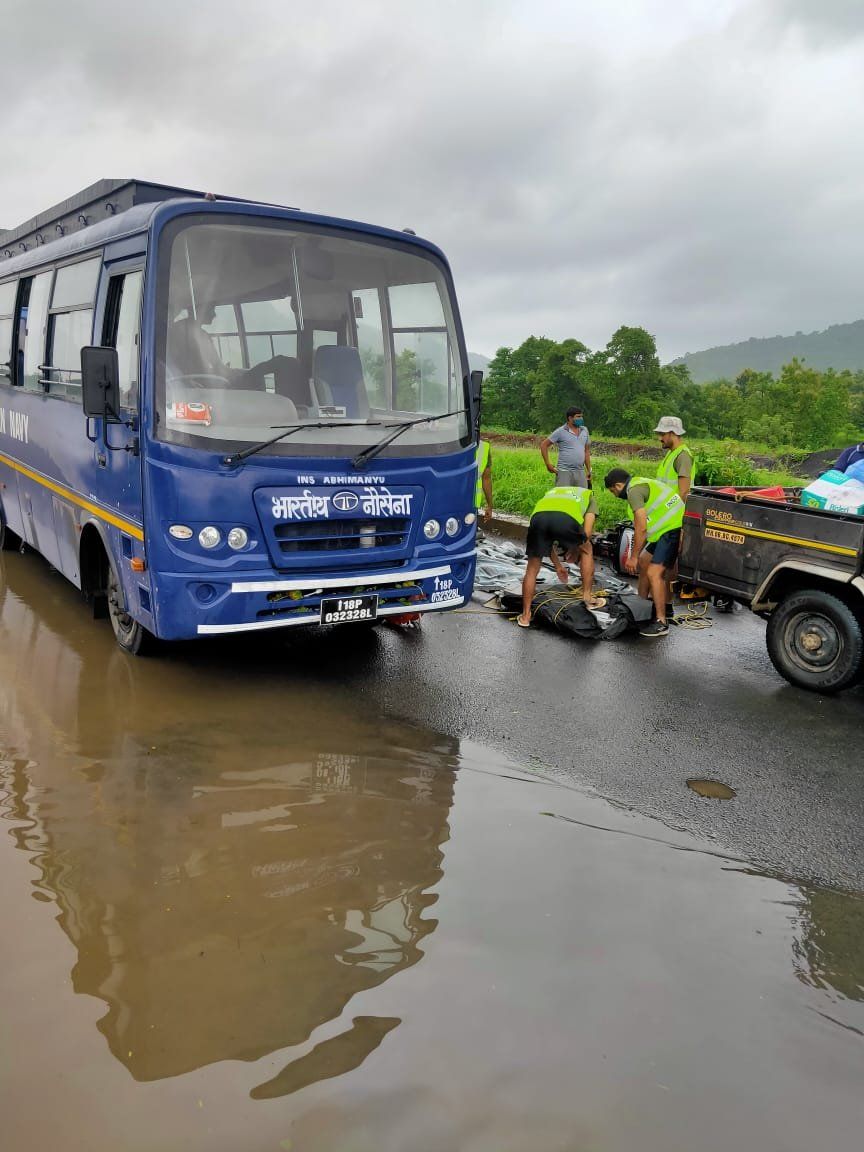 13:00 PM: Death toll rises to four in the incident where a building collapsed in Govandi area of Mumbai. All of them are members of the same family. A total of 11 people injured.
10: 23 AM: Based on a request received from Maharashtra Govt, the Western Naval Command, Mumbai mobilised flood rescue teams and helicopters to provide assistance to State administration. Seven naval rescue teams departed by road for deployment to Ratnagiri & Raigad districts yesterday from Mumbai reported news agency ANI.
10: 22 AM: Airlift of marooned personnel from Raigad district is also being undertaken. One Seeking 42C Helo from INS Shikra, Mumbai departed for rescue at Poladpur/Raigad during early morning hours today.

10:21 AM: Additional flood rescue teams have been kept on standby, for immediate deployment.

09:08 AM: National Disaster Response Force (NDRF) team shifts people from Chikhali in Kolhapur district to safer locations. Several parts of the state are facing floods due to incessant rainfall. 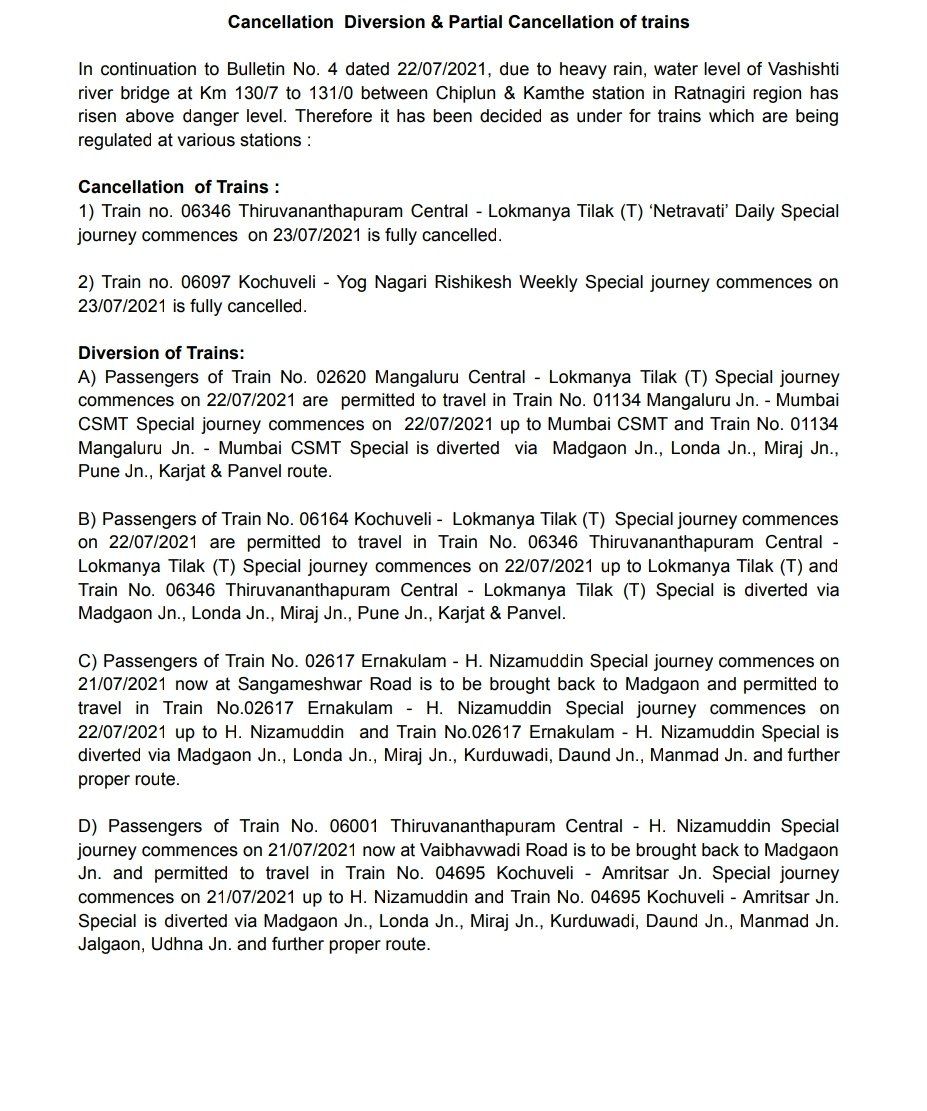 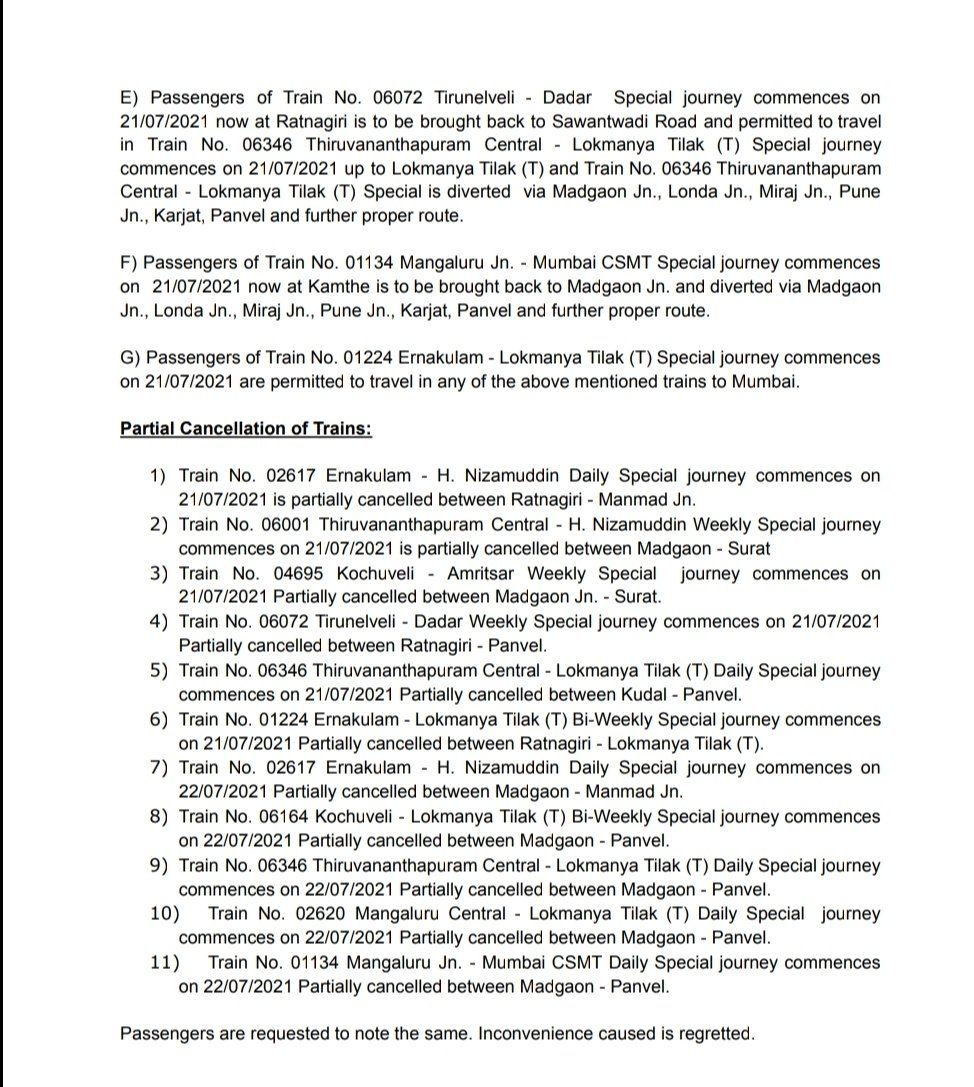 08:26AM: Koyna River overflows due to heavy rainfall, flooding nearby areas.

07:26 AM: Officials confirmed that four people have been killed as torrential rains pounded Maharashtra for the second time in five days, hitting the coastal Konkan and western parts severely.  While one person was reported to be killed in Raigad, three others lost their lives in Palghar in rain-related incidents, details of which were awaited.