After playing a home-cook-turned-professional-chef in “The Hundred-Foot Journey” Manish Dayal will now essay the role of a New York-based boxer in “Uppercut.” Dayal will play Shiva Singhavi, a young boxer raised in the blue-collar Queens neighborhood of Jackson Heights. 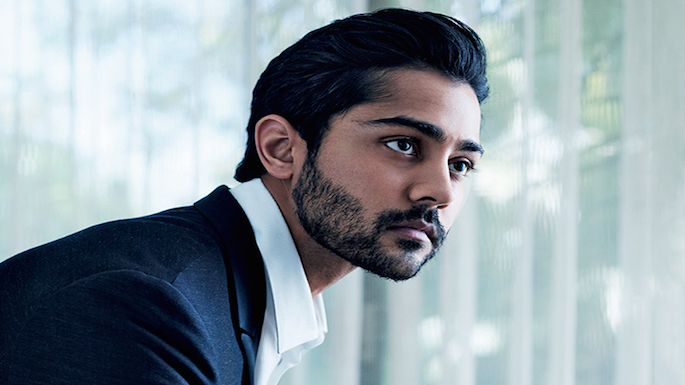 After playing a home-cook-turned-professional-chef in “The Hundred-Foot Journey” Manish Dayal will now essay the role of a New York-based boxer in “Uppercut.” Dayal will play Shiva Singhavi, a young boxer raised in the blue-collar Queens neighborhood of Jackson Heights. As he moves up the ranks of fighters, Singhavi struggles to navigate the gritty underworld of fixed fights, grimy gyms, and dirty cops. Racial tensions escalate following a shooting that Shiva is the sole witness to, and the street-smart athlete soon finds himself caught between a police force that protected him and the community that raised him.

The film is written by Neeraj Katyal, Black List writer for the “The Amazing Adventures of the Monogamous Duck” (2008). The film will be produced by New York-based production company Create Entertainment helmed by Dayal’s longtime friend Atit Shah who helped put the project together with the actor.

Following the box-office success of “The Hundred-Foot Journey,” Dayal expressed his passion for “the sweet science” Shah, after which the two began putting the project together via Shah’s Create Entertainment banner, a press release issued by Dayal said.

“I’m excited to be a part of this film, “Dayal said in a statement. “Uppercut” is a story about a world that still hasn’t been explored on screen, he said. The film portrays a resilient, unseen part of New York and a community that is confronted with evolved injustices like NYC’s stop-and-frisk program, racial profiling, and growing, underreported crime – “all seen through the eyes of a young man whose dreams and ambition are at stake” he added.

The 31-year-old South Carolina native was voted People Magazine’s Sexy Man of the Week. Last November, He grew up spending all of his time at Blockbuster but never knew he was going to be an actor. Instead, he thought he would be a director and producer and studied business in college, Dayal told People. He however admitted that when he first tried acting, he had no idea what he was doing, “but it just clicked.” When the South Carolina native first tried acting,

After a stint on TV’s 90210, he played the lead role as a chef in this summer’s culinary romance The Hundred-Foot Journey.