Shonali Bose’s “Margarita With a Straw” will open the 15th edition of the New York Indian Film Festival (NYIFF) at the Paris Theater on May 4. 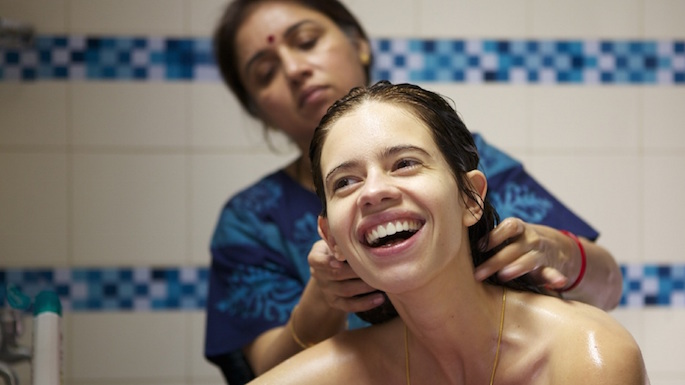 NEW YORK—Shonali Bose’s “Margarita With a Straw” will open the 15th edition of the New York Indian Film Festival (NYIFF) at the Paris Theater on May 4. The film, starring Kalki Koechlin, Revathi and Sayani Gupta, tells the story of a rebellious young woman with cerebral palsy, who leaves her home in India to study in New York. There she unexpectedly falls in love and embarks on an exhilarating journey of self-discovery. Also Read - Konkona wins top honours at New York Indian Film Festival

This year’s festival, to be held in various venues across the city, from May 4 to 9 will showcase 30 films for its annual showcase of ground-breaking, thought-provoking, independent cinema.

Aparna Sen’s “Saari Raat,” will be the festival’s centerpiece film. Based on a play in three acts by the legendary Bengali playwright and theatre personality Badal Sircar, the film is Sen’s tribute to Badal, who passed away in 2011. The film stars Anjan Dutt, Rittwik Chakraborty and Konkona Sen Sharma.

Special screenings and events during the festival include Vishal Bhardwaj’s Shakespeare trilogy of “Maqbool”, “Omkara” and “Haider,” followed by a discussion between Bhardwaj and a Shakespearean expert; “Daughters of Mother India” – winner of the National Award for Best Film on Social Issues – Non-Narrative – a documentary film focused on the aftermath of the Delhi rape incident, given India’s ban on the broadcast of the rape documentary “India’s Daughter”; “Bengal’s New Cinema,” a documentary on Shyam Benegal’s films, followed by a discussion with Benegal about the New Cinema Movement; South Asian Film Lab; One-minute cell phone films by NYU students; and a 72 Hour Shootout with Asian American Film Lab.

The closing night film will be announced April 15.