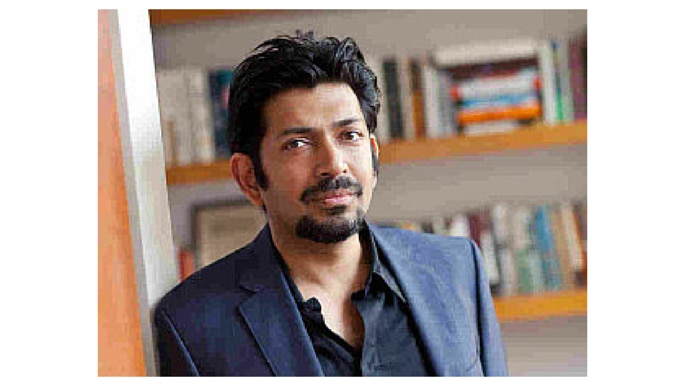 Mukherjee knows cancer not only from a clinical perspective but a historical one, having tracked both the disease and the treatments through the centuries, the PBS website says.

Mukherjee, a Rhodes Scholar, is an assistant professor of medicine at Columbia University and a staff cancer physician at Columbia University Medical Center. In an interview with the Miami Herald, Mukherjee admits he had no idea a biography on cancer would prove to be popular enough to earn filmmaker Burns’ attention as well as a non-fiction Pulitzer.

The book, first published in 2010, received glowing praise, including from a Boston Globe reviewer, who said the tome had earned Mukherjee “a rightful place alongside Carl Sagan, Stephen Jay Gould, and Stephen Hawking in the pantheon of our epoch’s great explicators.”

“There is something particularly special about cancer because of our relentlessness in the fight against it,” Mukherjee told The Vancouver Sun, while talking about the book being chosen as a miniseries. “Cancer affects all of us directly or indirectly; it’s like the First World War writ though the lens of medicine. It tells you more about human beings: how have we attacked it, what’s the extent of our knowledge? Does money help? How much? Do we need to declare war on some things? All of these questions can apply to any major quandary that’s facing us as humans,” he added.

According to a New York Times survey, the book sets forth its intention: to be a definitive history of how cancer has been understood, treated, feared and politicized throughout all of recorded human history. “This book is a ‘biography’ in the truest sense of the word,” Mukherjee claims at the outset, Janet Maslin wrote in the New York Times review.

“It is “an attempt to enter the mind of this immortal illness, to understand its personality, to demystify its behavior.” He ventures even farther into the realm of the impossible when he promises to address these two questions: “Is cancer’s end conceivable in the future? Is it possible to eradicate this disease from our bodies and societies forever?”

The biographical aspects of “The Emperor of All Maladies” have more to do with the personalities of anti-cancer combatants than with concocting one for cancer itself, the review says.

The book pays considerable attention to pioneering figures like William Stewart Halsted, an advocate in the 1870s and 1880s of extreme breast cancer surgery; Sidney Farber, who in the 1940s made great breakthroughs in treating childhood leukemia with dangerously toxic chemicals; and Min Chiu Li, who in the 1950s lost his job at the National Cancer Institute for providing chemotherapy to patients whose symptoms had receded, even though this extended therapy meant the first chemotherapeutic cure of cancer in adults.