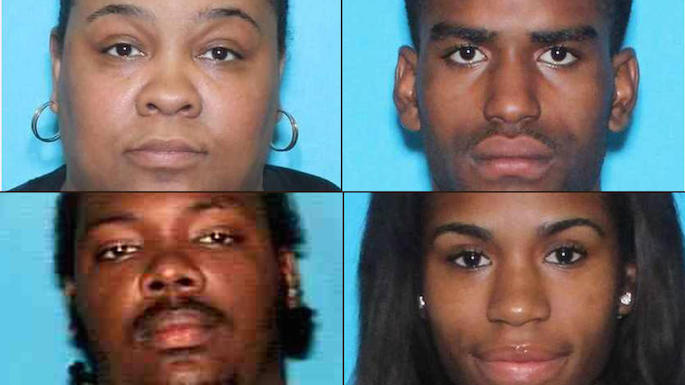 Six Texas residents were indicted April 2 in connection with a string of home invasion robberies late last year that targeted the Indian American community in New Jersey’s Middlesex County. The six defendants face charges of conspiracy to commit bias intimidation, robbery and burglary for allegedly selecting the five families in Old Bridge, Edison and South Plainfield, whose homes were ransacked at gunpoint between October and November.

A total of 103 counts are included in the five indictments and, in addition to conspiracy, charge the defendants with counts of bias intimidation, burglary, robbery, aggravated assault, kidnapping, terroristic threats, criminal mischief, theft by unlawful taking and hindering their own apprehension. Individually, some of the defendants also face counts including aggravated assault and kidnapping, nj.com reported.

“After the initial arrests were made in the case, our continuing investigation brought to light additional facts that enabled us to present evidence of bias crimes to the grand jury,” Middlesex County Prosecutor Andrew Carey said, thanking the investigators from his office and the other law enforcement agencies who worked on the case.

Those indicted were identified as Chaka Castro, also known as Catina Dennings, 39, Juan Olaya, 34, Octavius Scott, 22, Johnisha Williams, 19, and Justin Johnson, 25, all of Houston, Texas, and Jakeyra Augustus, 21, of North Texas City, Texas. Bail for each of the defendants is set at $1.25 million.

Scott and Olaya allegedly entered each of the homes at gunpoint, restrained the families, and fled with stolen items from the five homes. They also allegedly threatened homeowners and smashed cell phones to prevent victims from calling police. Johnson and Augustus apparently assisted in some of the home invasions, mycentraljersey.com reported. In all but the home invasion in Old Bridge on Nov. 29, 2014, Williams allegedly waited outside the homes and drove the accomplices from the crime scenes.