Victimization of the South Asian Community: Why Unjust Policing is Not Just a Black and White Issue

Only two days before Eric Garner’s incident, Bangladeshi-American human rights lawyer Chaumtoli Huq found herself as the next victim of unlawful policing, when she was arrested following a peaceful pro-Palestinian rally in Times Square. Her crime? Standing on a public sidewalk waiting for her husband and children to return from a bathroom break, while dressed in traditional South Asian garb. 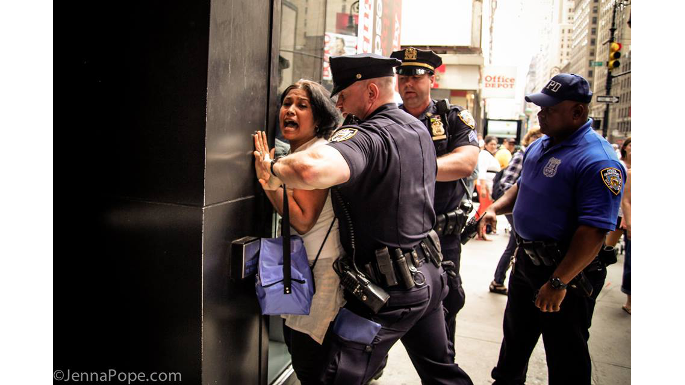 As 2014 slowly inches to a close, I can’t help but find myself reflecting on the countless moments this year’s events rendered me speechless. Sure, there’s a point every year when the latest headline has me wondering, “Will things ever get better?” But this year, that feeling is almost palpable.Also Read - In True Filmy Style, Mangaluru Policeman Nabs Mobile Phone Thief After Dramatic Chase | Watch

It isn’t so much the natural disasters like the Ebola outbreak that get me reeling; somehow it’s easier to accept temporary defeat against a force whose destruction has nothing to do with intentional harm. Maybe it’s because humans have a tendency to band together in times like these, to join forces in harmony in hope of seeing a better tomorrow. Also Read - Caught On Camera: Dalit Minor Girl Brutally Tortured By A Family in UP’s Amethi, One Arrested

No, it’s the man-made disasters in which we find ourselves pitted in a war against one other with hate, injustice and apathy as choice weapons that examining the year in rewind invokes a sense of profound sadness. Also Read - 'My Cows Are Not Giving Milk': Karnataka Farmer Goes to Police With This Hilarious Complaint

The deaths of Michael Brown, Eric Garner and Tamir Rice were undeniably tragic and unwarranted on so many levels. Regardless of your belief in each person’s guilt or innocence, the facts remain that they all died at the hands of a police officer — a police officer who seemingly was just “doing his job.”

Of course, this is the point when emotions flare and opinions fly about the minute details that constituted for the outcomes. Was Michael Brown really so threatening that he had to be shot at least six times? Was it necessary — or humane, for that matter — to put Eric Garner in a chokehold, pin him to the ground and ignore his desperate cries for breath until he died? And did a 12-year-old boy playing with a plastic pistol pose such a threat that he had to be shot down without a moment’s hesitation?

With a million questions unanswered, this is where we lay divided. While these cases may largely seem to be a reignitement of the centuries-old demand for equality from the Black community, it also represents a much bigger issue of injustice for all minority groups.

Only two days before Eric Garner’s incident, Bangladeshi-American human rights lawyer Chaumtoli Huq found herself as the next victim of unlawful policing, when she was arrested following a peaceful pro-Palestinian rally in Times Square. Her crime? Standing on a public sidewalk waiting for her husband and children to return from a bathroom break, while dressed in traditional South Asian garb.

“Before my husband left, he said [to the police officer that approached him], ‘Please be patient. We are with kids. We are going to move,’ to an officer [that] approached him,” said Huq, formerly the General Counsel to the New York City Public Advocate.

A few moments later the same NYPD officer, Ryan Lathrop, returned and arrested Huq on the grounds of resisting arrest, all the while using excessive force and verbally bashing Huq, whom he allegedly called his “prisoner.”

“The way women and women of color are harassed — there is a sexual harassment component to it. There was no reason for him to be leaning on my body,” said Huq, who said she believes Lathrop’s biases regarding Huq’s race, religion and gender got in the way of his policing duty.

As the most seemingly innocent of this summer’s high-profile police brutality cases, Huq’s arrest is rattling in itself. Suddenly, the “Black male, low socioeconomic status” cards are out the window. And yet, caught right in the middle of these cases, Huq’s humble reaction to her situation is what makes it the most disturbing of all.

“[At the time] I was thankful that I was alive…that was my reaction. I felt like, well at least I didn’t die, so I shouldn’t complain so much about it. I think I was hesitant [to file a complaint] because I felt like it wasn’t as serious,” she said.

Step back, and think about that: Is that really how low the bar is? That any interaction with a cop, who for whatever just or unjust reason, finds you guilty of any “wrongdoing” could very well result in death that you should be grateful just to be alive?

As a quick reminder, we are still talking about a civil rights lawyer and mom of two standing on a Manhattan sidewalk while her kids finish peeing.

Huq did end up filing a complaint with the Civil Complaint Board and federal government on the basis that her constitutional rights were violated. The litigation is stayed pending the outcome of an internal police investigation, according to Huq’s lawyer.

Additionally, Huq rallied almost 60 community-based organizations like Alliance for a Just Society, Muslim Advocates, Jews for Racial & Economic Justice and ASHA for Women to send a letter to the offices of Mayor Bill de Blasio and NYPD Police Commissioner Bratton to ask for specific reforms to seek justice for her, Garner and other victims of discriminatory policing.

Their specific requests: Remove Ryan Lathrop from policing the streets, mandate that all police officers wear cameras on duty, provide better training to police for dealing with the South Asian and Muslim community, and meet regularly with community members to cultivate trust.

Though Mayor de Blasio has been vocal in his promises to restore justice following the non-indictment of the officer in Garner’s incident, Huq said her case has been mostly, if not wholly, ignored. Lathrop, for one, is still on duty despite a second instance in August during which he was caught on video forcefully trying to confiscate 25-year-old Naquan Miles’s phone.

“Is that your phone?” Lathrop can be seen saying on the video obtained by NY1 News.

He grabs for it seconds later before it falls to the ground, recording 11 minutes of the confrontation on audio. Miles was later arrested on open container and disorderly conduct charges, and he too complained of excessive force, saying he was thrown to the ground and hurt in the process.

Taking video or photos of a police officer is not cause for arrest, according to the NYPD’s Patrol guide.

As for the letter the community organizations sent seeking justice for Huq, a response from The New York City Department of Investigation’s Commissioner Mark Peters, on Nov. 24 is disappointing to say the least.

“We have reviewed your letter and appreciate your sharing your concerns and proposals relating to the operations, policies, programs and practices of the NYPD,” the letter reads. “Systemic issues concerning police misconduct, discrimination, and civil rights violations are within the scope of OIG (Office of the Inspector General)-NYPD’s mandate and are among the issues that OIG-NYPD may explore and opine on in future studies. We will keep a record of your letter in this Office as it may help inform the work of the OIG-NYPD going forward.” 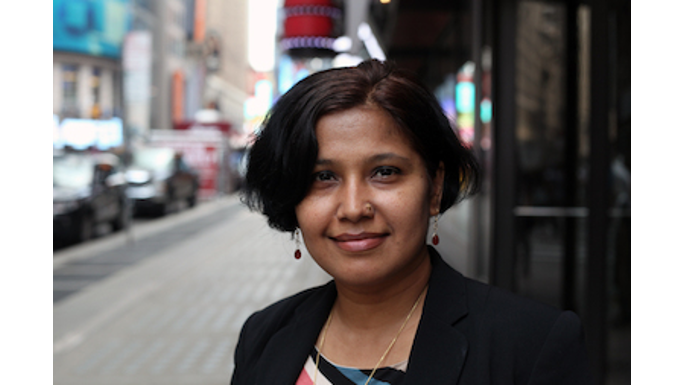 “Have you ever sent a letter for a job, and they say they’re going to put your resume on file? How do you feel then? It feels like that. But it’s not a job I applied for. It’s justice I applied for.”

As a former city employee, Huq said that the lack of public support she has received from New York City officials like Mayor de Blasio and Public Advocate Leticia James is the most disconcerting of all.

“I really could not listen to [de Blasio’s] speech because, for me, there is the additional pain that I was a city employee,” Huq said in regards to his lack of involvement in her case. “Here I am giving my time and energy to make New York a better place because I love New York, and this happens. You don’t have to say that you were right and the police is wrong. You can say, ‘Hey I’m sorry you experienced that. No mother should have to experience that.’ It’s patronizing to me.”

And despite vows from both the local and federal governments to bring about rapid reforms, Huq’s hope is more firmly grounded in the people. But it’s first accepting the larger issue at-hand, she said, that will serve as the catalyst.

“The goal isn’t to put cameras on the police; the goal is to change the police. At each stage of the criminal justice system, there are ways in which there are biases. And as lawyers, we just have to ask ourselves: Can our legal system produce a just result for communities of color?.”

She added: “All the protests, coming together and pushing for change — that’s the only way it’s going to happen. It’s not going to happen from elected officials who are too concerned with preserving their seats.

“We have to be hopeful because there is no other alternative. It doesn’t matter whether you’ve directly experienced some harassment of the system or not. You now know it. You’ve experienced this just by virtue of hearing my story and other stories. So we’re all impacted. It’s just an illusion that we’re not.”