An astonishing video on RecordSetter, a website devoted to individuals trying to establish records, shows a 2 1/2 year old toddler pointing out more than 196 countries in just four minutes and 42.56 seconds. 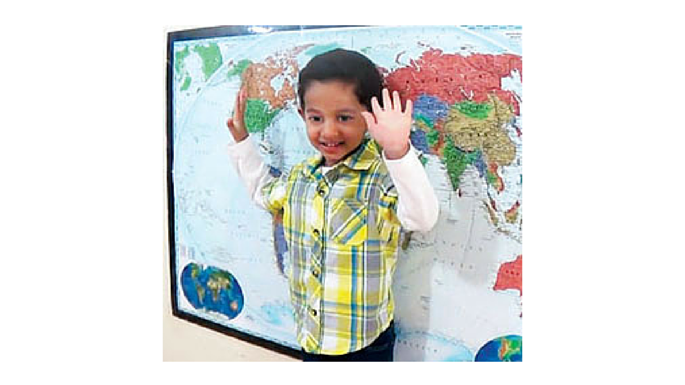 A woman’s voice, presumably that of his mother, introduces Vihaan Chamala, and then begins to read out the names of countries around the world in quick succession. Vihaan Chamala identifies them with his forefinger at remarkable speed, keeping up with his mother.Vihaan accomplished the feat on Oct. 30 last year, the date shown on the original videotape, and the website is now challenging others to beat the toddler’s record.

Vihaan is the son of Jayasree Chamala, a clinical technician in New York City according to India West newspaper. Vihaan’s father, Raghu Ram Chamala, is in the Department of Chemistry at City College of New York, specializing in medicinal chemistry and drug discovery.

His video on YouTube received several responses from relatives and friends since it was uploaded. The toddler has replied to each message. One relative suggested Vihaan compete for the Guinness Book of World Records.