Two Indian-Americans are among inductees into the New Jersey Inventors Hall of Fame, honoring inventors who have contributed significantly to the welfare and finances of the Garden State. 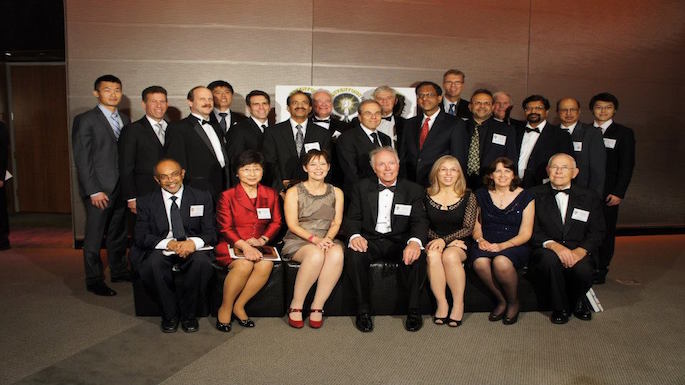 Also Read - Teachers' Day 2020: Time to Appreciate Our Teachers Because Adapting to New Technology is Not Easy

Two Indian-Americans are among inductees into the New Jersey Inventors Hall of Fame, honoring inventors who have contributed significantly to the welfare and finances of the Garden State. Krishan K. Sabnani of Bell Labs and Rajiv Joshi of IMB were among six honored at the Oct. 16 awards banquet at The W Hotel in Hoboken, New Jersey. Also Read - Children in this Remote Maharashtra Village Speak Japanese, Thanks to their Passion for Robotics

Sabnani was recognized for his lifetime achievements and contributions in global communication networks, and Joshi was honored for patented work in the development of integrated circuits (IC), memory and predictive analytics. T.V. Lakshman of Bell Labs and Somenath Mitra of the New Jersey Institute of Technology were honored with Innovators Award. Also Read - Monitor Health Through Sweat? HERE's How Wearable Skin Patch Applied Near Sweat Glands Make it Possible

From 1981 to 1993 he worked as an individual researcher at Bell Labs. In 1993 he was appointed Head of the Wireless Research Department, and he has subsequently assumed positions of broader responsibility in the company. A Bell Labs Fellow, Sabnani is also a fellow of the Institute of Electrical and Electronic Engineers (IEEE) and the Association of Computing Machinery (ACM).

He is the recipient of the 2005 IEEE Eric E. Sumner Award. Sabnani and his wife, Dr. Indu Sabnani, reside in Westfield, New Jersey. They have two children, Ilya and Kirk.

He joined IBM in November 1983, and since then is working in VLSI design systems, science and technology. He has received five Research Division Awards, and several top 10 percent patent awards (for licensing activities). He has authored and co-authored over 128 research papers and presented several invited and keynote talks.

He holds 128 U.S. patents in addition to several pending patents. He received the Lewis Winner Award in 1992 for a paper he coauthored at the International Solid State Circuit Conference.

Mitra, a Distinguished Professor of Chemistry and Environmental Science at NJIT has developed techniques for self-assembly of carbon nanotubes in large structures for the purpose of chromatography and chemical separation. His work with carbon nanotubes includes applications in solar cells, batteries, water purification and membranes for sea water desalination. His other area of research is in development of techniques for real time air and water monitoring and environmental sensors.