Tata X451 premium hatchback will be premium offering from Tata Motors which will take on Maruti Suzuki Baleno and Hyundai i20. 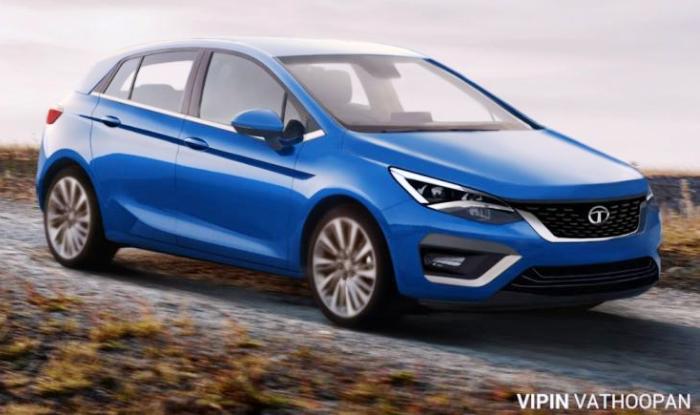 The upcoming Tata X451 premium hatchback will be the first product from Tata’s stable which will be based on the Advanced Modular Platform (AMP) that will carry Tata’s new Impact 2.0 design language. The hatchback will carry Hexa-like grille upfront which will be accentuated by sweptback headlamps, ceramic shoulder line, sloping roofline, wrapped-around taillights and much more. Also See: Tata Motors Line Up at Auto Expo 2018 Also Read - Tata Motors Discounts/Offers: Tiago, Tigor, Nexon, Harrier Have Benefits Up To Rs 40,000 This Month. Details Inside

Under the hood, the new Tata X451 will be offered with a choice of petrol and diesel engines. The former is expected to a 1.2–litre, 3-cylinder turbocharged Revotron petrol unit which is offered on Tata Nexon while the latter could be a 1.05-litre Revotorq diesel with VGT for higher power output. The petrol mill is capable of developing 108 bhp of maximum power with peak torque of 170Nm. On the other hand, it is also believed that the company may power the hatchback will 1.5-litre diesel engine which is seen on the Nexon. Read More: Tata X451 (Maruti Baleno rival) Spied Testing; Price in India, Launch Date, Specs, Images Also Read - Tata Motors' Domestic PV Sales Increase 51 Per Cent in August 2021

As far as the competition is concerned, the new Tata X451 hatchback will compete in the premium hatchback segment against the likes of Maruti Suzuki Baleno, Hyundai i20, Honda Jazz and others. Lastly, the hatchback is expected to be launched in the domestic market by the latter of this year or early next year. It is expected to carry a competitive price tag which could fall in the bracket of INR 5 lakh to INR 7.5 lakh (Ex-showroom).