The Kia SP Concept compact SUV will rival the Hyundai Creta and Tata H5 SUV. India launch is scheduled for end of 2019.

Kia Motors India will mark its entry in the Indian automobile industry with a bang at the Auto Expo 2018 by showcasing a total of 17 products. That said, the Kia pavilion will be headlined by the unveiling of an all-new product, the Kia SP Concept SUV, which will mark its global premiere at the Auto Expo on 7th February, 2018. The SP Concept is a compact SUV that Kia Motors has specially designed and developed for the Indian market. Once launched, the Kia SP Concept SUV will rival the Hyundai Creta , Jeep Compass, the upcoming Tata H5 and the Suzuki Vitara. Kia Motors India has revealed that the SP Concept is equipped with advanced technology and inspired by Indian heritage. Also Read: Auto Expo 2018: Kia Stinger India Debut Confirmed; Price in India, Launch Date, Interior, Specs, FeaturesAlso Read - KIA Motors to Launch Carnival MPV in January, Production in Anantpur Plant

The production version of the Kia SP Concept SUV will be launched in the Indian market in the near future, mostly by end 2019 or early 2020. The SP Concept SUV will carry a bold and stylish design along with breakthrough technology and high functionality. The teaser image displays the two-box silhouette of the concept with raised bonnet, high seating position, dual-tone roof and the 10-spoke alloys. The car will sport the hallmark ‘tiger-nose’ grille, swept-back LED headlamps and LED tail lamps. Other design highlights will include large wheel arches, body cladding and silver skid plates at the front and back. Read More: Honda Jazz 2018 Facelift to Debut at Auto Expo 2018 Also Read - Amid Auto Sector Slowdown, Kia Motors Launch Seltos SUV in India | Know Price, Features 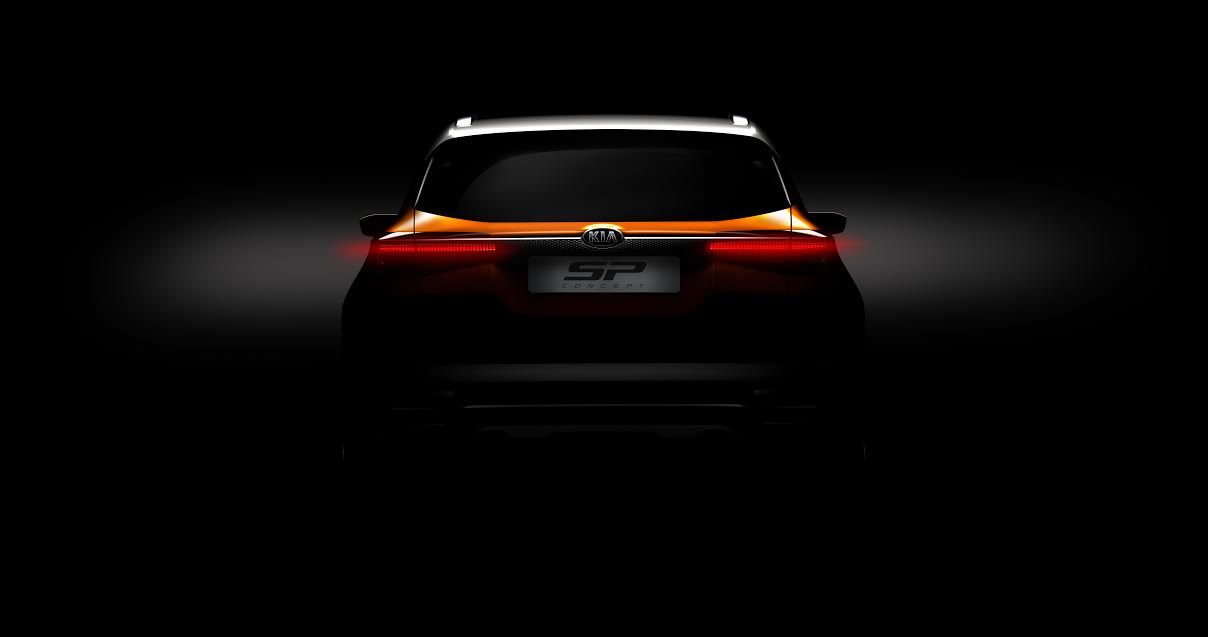 Speaking on the occasion, Han-Woo Park, President – Kia Motors Corporation, said, “All of us at Kia Motors are extremely proud to take our first steps into one of world’s largest automotive markets. And we are here to build more than just great cars. We aim to set a new standard in the Indian auto industry by providing consumers with world-class products and services, while engaging with and giving back to the local community.” Also Read: Tata X451 Hatchback, H5 SUV to be Showcased at Auto Expo 2018 Also Read - Automobile Major Hyundai Motor Developing Electric Vehicle For Mass Market

Other Kia cars to be displayed at the Auto Expo 2018 will include Kia Singer, Kia Picanto, Kia Rio, Sportage SUV, Soul compact SUV and the Kia Niro EV Concept. The company will also be displaying a range of electric and hybrid cars at the Expo. The full range of Kia cars will be put on display in Hall No. 7 at the Kia stand during the 2018 Auto Expo.