Outgoing Chief Minister O Panneerselvam will resign from his post on May 22. 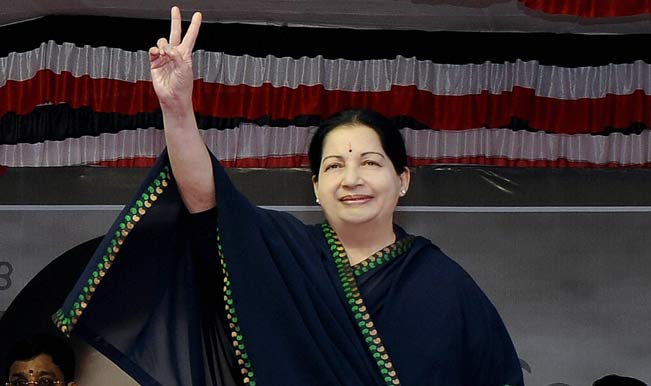 Chennai, May 20: J Jayalalithaa will swear in as Tamil Nadu Chief Minister on May 23, AIADMK spokesperson C R Saraswathi told to ANI. According to the AIADMK leader, current Chief Minister O Panneerselvam will resign from his post on May 22 and from next day Jayalalithaa will take charge of the state. Also Read - Jayalalithaa Disproportionate Assets case: 'High Court judgement is perverse', Karnataka govt tells Supreme Court

Tamil Nadu CM O Panneerselvam to resign on May 22nd,Jayalalithaa to be sworn in as CM on May 23rd :AIADMK spokesperson C R Saraswathi to ANI Also Read - #ByeByeJaya: Will Captain Vijayakanth replace Jayalalithaa as the next Chief Minister of Tamil Nadu?

J Jayalalithaa had resigned as Chief Minister after a Special Court on September 27, 2014 convicted her in disproportionate assets case and sentenced four years in jail. Following the judgement, the AIADMK chief was disqualified from contesting elections under the Representation of the People Act for a period of 10 years–four years from the date of conviction and six years thereafter. (Also read: Jayalalithaa acquitted in disproportionate assets case)

But the Karnataka High Court set aside the verdict of Special Court and acquitted Jayalalithaa on May 11, 2015. It cleared the path for Jayalalithaa to become CM of the state once again.