DMK patriarch Karunanidhi today urged Prime Minister Narendra Modi to get the Women's Reservation Bill passed in Parliament and asked all political parties to first get the legislation adopted and then work for getting sub-quota for the Backward Classes. 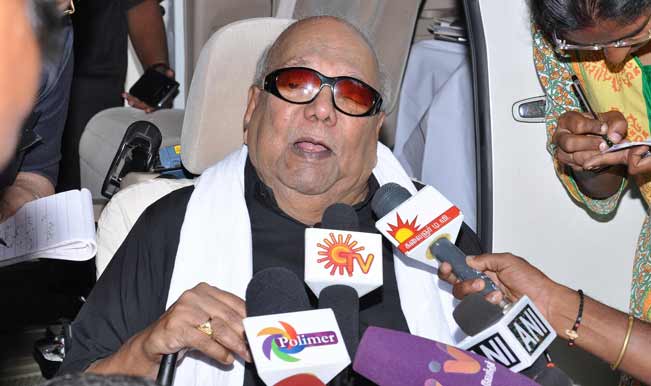 Chennai, Nov 24: DMK patriarch Karunanidhi today urged Prime Minister Narendra Modi to get the Women’s Reservation Bill passed in Parliament and asked all political parties to first get the legislation adopted and then work for getting sub-quota for the Backward Classes. “Only those parties that happily support the Women’s Reservation Bill are in a majority in the Upper and Lower Houses,” he said in a statement here, referring to the strength of Congress and BJP in both houses. Also Read - Anticipating Backlash, BJP Turns Off 'Dislike' Button on YouTube Channel Amid PM Modi's Address to The Nation

Tracing the contentious history of efforts to adopt the Women’s Reservation Bill, the DMK chief said that efforts in this direction had not fructified in the past and added “this is an opportune time (to adopt the Bill) and should we let this go?” For those seeking sub-quota, he recalled how the caste based reservation had become a reality after the first Constitutional Amendment in 1951, following sustained protests seeking quota alongside the struggle for Independence. Also Read - Government Working to Ensure Every Citizen Gets COVID-19 Vaccine: PM Modi in Address to Nation

Similarly, reservation for women should be “solidified through legislation first,” he said and urged all parties to work continuously to arrange for sub-quota for the backward classes. “Remembering the whole hearted efforts to bring the Bill when Vajpayee was Prime Minister, Modi should come forward with zeal to pass the Bill,” he said. “We should make the world realise that Indian society honours equal justice and social justice.”