Remdesivir Supply Shortage in Chennai Amid COVID19 Crisis | Read on

However, on the contrary, the Tamil Nadu government maintains that there is no shortage of the drug in the state.

Chennai: Amid the rising coronavirus cases, now Chennai too has reportedly started facing shortage of Remdesivir – one of the drugs used for treating the SARS-CoV-2 virus in hospitalised adults. As per the report by CNBC TV 18, people in Chennai are facing difficulties in getting their hands on a few vials of the drug at the Kilpauk Medical College. Recently, long queues were seen outside the college to buy the anti-viral drug.Also Read - Fourth COVID Wave In India Due To Cases Of Omicron BA.4, BA.5 Variants? Govt Panel Chief Reveals Details

Long queue at Kilpauk Medical College to buy #Remedesivir. People have been waiting since 5 am to get the medicine. Officials said 200 people have received the vials till now. The counter will be open till 5 pm. @IndianExpress pic.twitter.com/wjzaB4SxmO

Also Read - Tomato Flu: 26 Cases Detected In Odisha | All You Need To Know About This Disease

One 60-year-old L Radhakrishnan, told the channel, “Yesterday, people had to wait six to seven hours before buying Remdesivir. But the government has still not learnt its lesson.”

Ever since the sudden spike of COVID19 cases, the doctors across private hospitals in Chennai apparently have started prescribing Remdesivir as part of the treatment – asking people to fend it for themselves. However, patients’ relatives in Chennai waiting outside the hospitals in unending queues to procure the drug gives us the real picture. 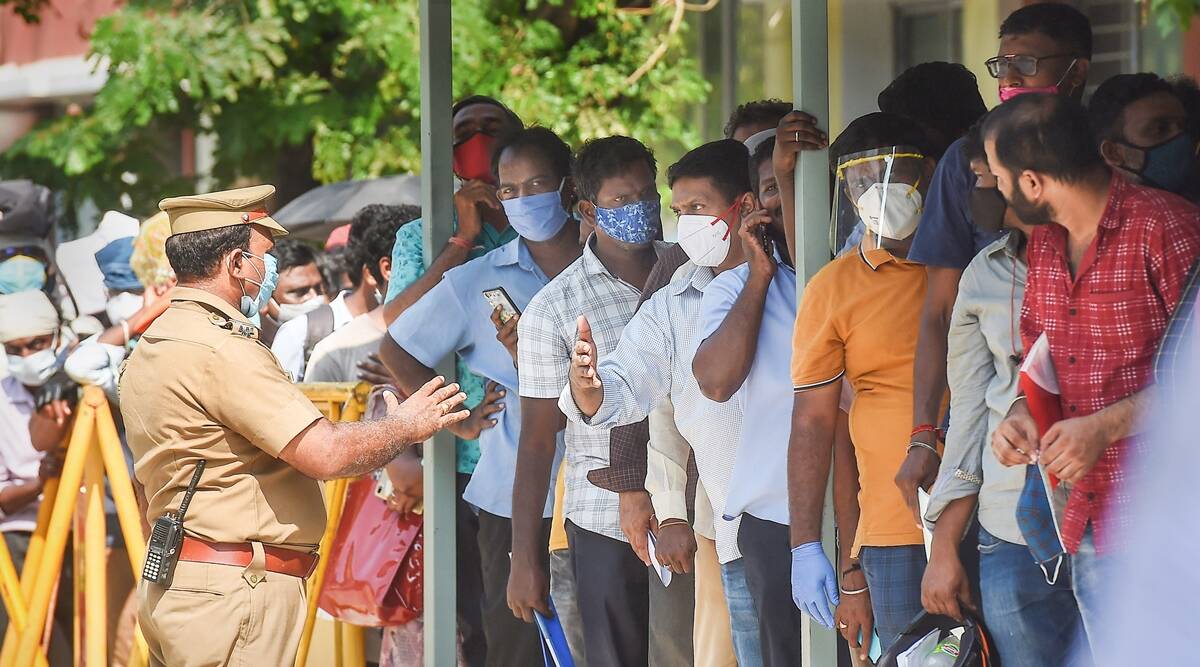 People queue up outside a government dispensary to buy Remdesivir used to treat Covid-19, in Chennai. (PTI)

“After 12 noon or 12.30, there’s only one counter that’s functioning and catering to 1,000 people every day,” said G Mohan, hoping to buy Remdesivir for his in-law admitted at a city-based hospital, “There are no facilities here for people who line up for hours; we have been standing the sun for two hours, now.”

To buy the anti-viral drug, people need a doctor’s prescription (original not photocopy), the hospital name, photocopy of the COVID patient’s RT-PCR test report, photocopy of Aadhar card (of both the patient and the procurer), and photocopy of CT scan report showing the patient’s lung involvement.

What does the government has to say?

The Tamil Nadu government, on the contrary, maintains that there is no shortage of the drug in the state. Earlier on Tuesday, Health Secretary J Radhakrishnan said not everyone requires Remdisvir and other drugs, and should buy them only on the advice of doctors.

“There is a huge rush to buy the drug, and we are intervening on two fronts,” said Radhakrishnan, speaking exclusively to CNBC-TV18, “We’re trying to tell the doctors that indiscriminate prescription of Remdesivir is not advisable. I’m sure things will ease on the supply front too.”

“Such was the panic among patients and caregivers, amid reports of a shortage in Remdesivir that vials worth Rs 1,400 were being sold for as high as Rs 14,000 per vial. This prompted the government to conduct a market intervention and warn against the hoarding and black-marketing of the drug. “With this market intervention, the black-market issue will also get resolved,” said Radhakrishnan.

While still there are so many questions and doubts around this, a doctor in Chennai has addressed the elephant in the room. “Why are we going after a drug that doesn’t really change outcomes? The idea is not to cure everybody from COVID. The idea is to prevent deaths,” the media channel quoted Dr Subramanian Swaminathan, Director (Infectious Diseases), Gleneagles Global Health City. “If the answer is to prevent deaths, then Remdesivir does nothing. I think this is an artificially created situation and the fact that we don’t have technical guidelines is the number one reason.”

Currently, there are no clear guidelines or treatment protocols for the doctors across the city to decide whether or not to administer Remdesivir to the COVID patients. This has only led to the chaos around the subject with people waiting in unending queues to procure the drug – not knowing whether or not the drug is required for the treatment.

According to the reports, the counter at the hospital was opened on Monday by the Tamil Nadu Medical Services Corporation (TNMSC) following reports that Remdesivir was not available in hospitals and was being sold at three to four times its retail price in the black market.