A Tamil and an English daily have also been issued summons for publishing the statement issued by Swamy on the fishermen issue. 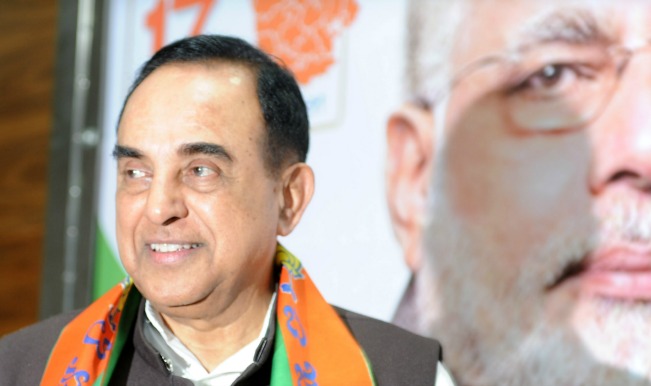 Chennai, Sep 17 : A court here today ordered issue of summons to BJP leader Subramanian Swamy to appear before it on October 30 in connection with a defamation suit filed against him by Tamil Nadu Chief Minister J Jayalalithaa. Principal Sessions Judge Audinathan ordered issuance of summons after a libel complaint was filed by the City Public Prosecutor M L Jagan yesterday. Also Read - Bihar Assembly Elections 2020: NDA is One, Will Contest Polls Together, Says Ravi Shankar Prasad

The complaint averred that on September 12, Swamy had allegedly made defamatory comments in a micro-blogging site. The comment was related to granting of police permission to hold a memorial meeting for a slain leader of a proscribed outfit. Swamy had already been issued summons to appear on the same day before the same court in another defamation case filed by Jayalalithaa pertaining to the fishermen issue. Also Read - 'Nothing More Than Desperate Case of Political Compulsion For Badals', Punjab CM on SAD Snapping Ties With BJP

A Tamil and an English daily have also been issued summons for publishing the statement issued by Swamy on the fishermen issue.