National media is more worried about the dispute between Kangana Ranaut and Hrithik Roshan than war-like situation in several areas of Maharashtra.

Mumbai, Apr 11: On March 30, around 30,000 farmers blocked the main square and roads in Nashik city in Maharashtra demanding a loan waiver, better drought relief measures along with Rs 50,000 per acre of destroyed crops. The protest resulted in a heavy traffic jam and the agitating farmers stood firm on their demands from the state government.Also Read - Maharashtra Lockdown: Rajesh Tope Makes BIG Announcement; Restrictions on Saturdays To Be Lifted | Other Details Inside

While some of the regional media house covered the news of massive protest by thousands of farmers, the mainstream media preferred to ignore it. Farmers turned out in huge numbers seeking help from Maharashtra government for their livelihood, that is facing big threat because of drought. But the farmers’ plight wasn’t important enough for leading news channels and newspapers. Also Read - Maharashtra Lockdown Update: COVID Curbs Likely To Be Relaxed In 25 Districts, CM Uddhav To Take Final Call Today

However, the same media houses not only covered the drought in Maharashtra but also had panel discussion on the same after a PIL calling for shifting of IPL matches outside Mumbai in view of the severe drought and using water to maintain the stadium and pitch. Also Read - Maharashtra Cabinet Govt Decides to Reduce School Fees By 15 Per Cent

Total 27,723 villages, nearly half of the 43,000 villages in Maharashtra have been declared drought-hit. Recently, the state government declared drought in 11,962 villages in Vidarbha region. The Marathwada region of the state is severely hit by lack of rainfall. According to officials, of the 75 medium dams in Marathwada, 54 have dried up and the region is left with paltry 380 million cubic metres of usable water. 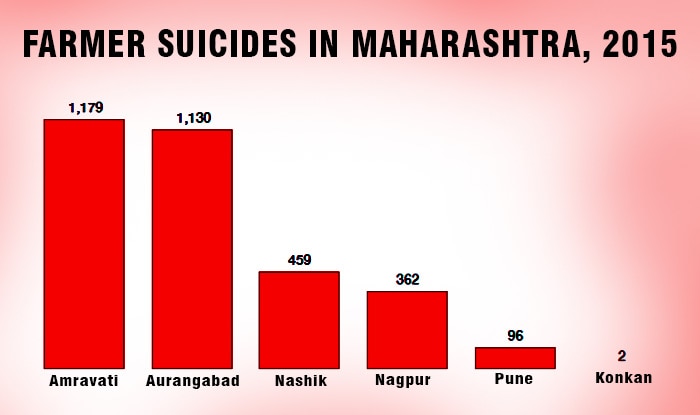 According to an Al-Jazeera report, nearly 300,000 farmers have ended their lives by ingesting pesticides or by hanging themselves in the last 20 years with Maharashtra (60,000 farmer suicides) topping the list. According to the data from the National Crime Records Bureau (NCRB), as many as 5,650 Indian farmers committed suicide in 2014. It means 15 farmers died everyday. 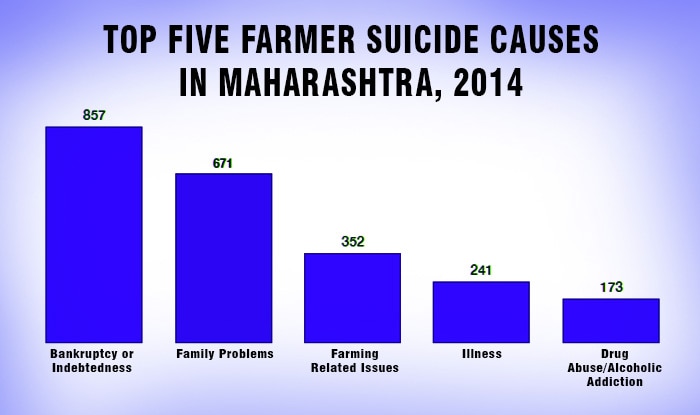 The situation in Maharashtra is worsening with every passing day but efforts taken by the state government are providing no relief to the farmers. Maharashtra chief minister Devendra Fadnavis of seems more concern about slogan ‘Bharat Mata Ki Jai’ than ‘Bharat Mata Ke Kisan’. National media is more worried about the dispute between Kangana Ranaut and Hrithik Roshan than war-like situation in several areas of Maharashtra, that are experiencing an unprecedented water scarcity this summer.