New Delhi: Five new places have been marked as containment zones in Delhi, taking the total number of containment zones in the national capital to 163 on Thursday, with 59 zones de-contained so far, the Delhi government said. These are the new five places added to the list. 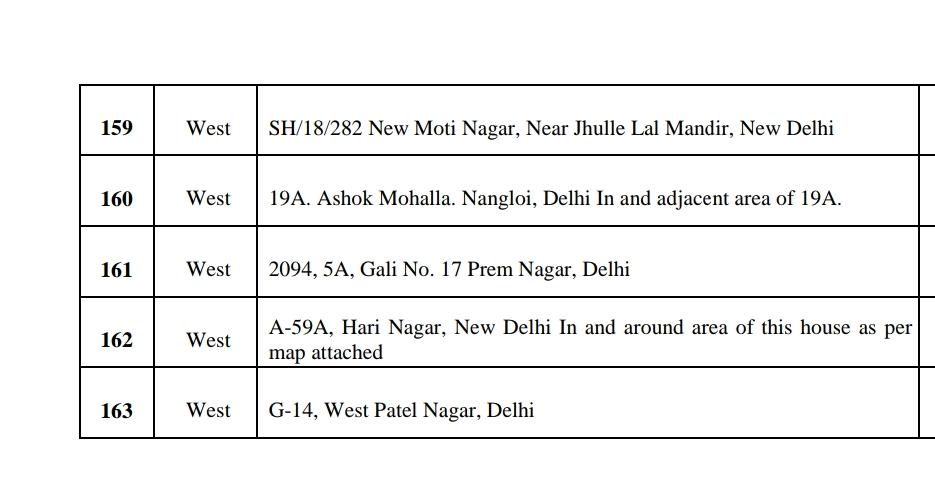 Among all the districts, the highest 30 are from the North district, while 29 from the South-West. Also Read - 6 Children Found Covid Positive Days After Haryana Schools Reopen 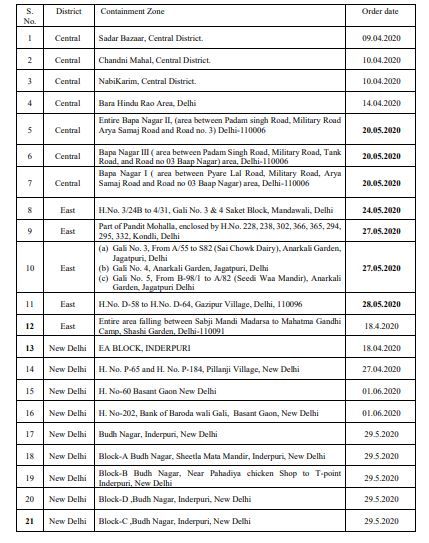 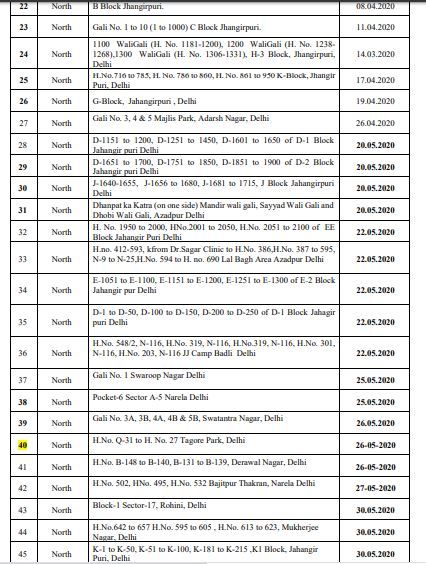 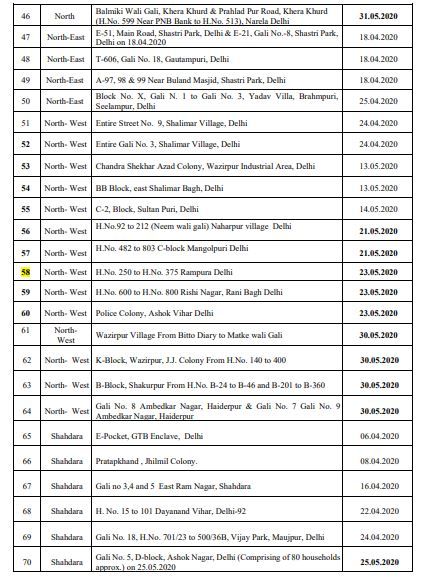 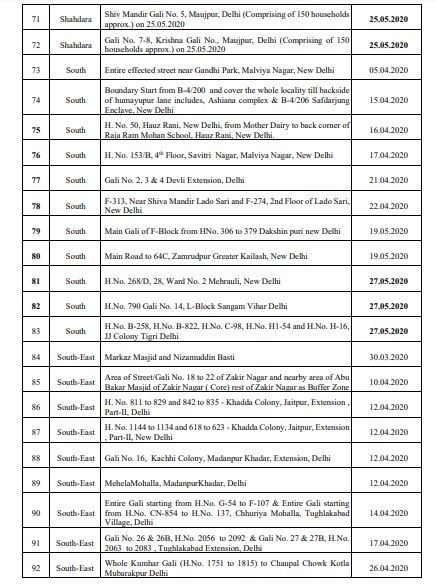 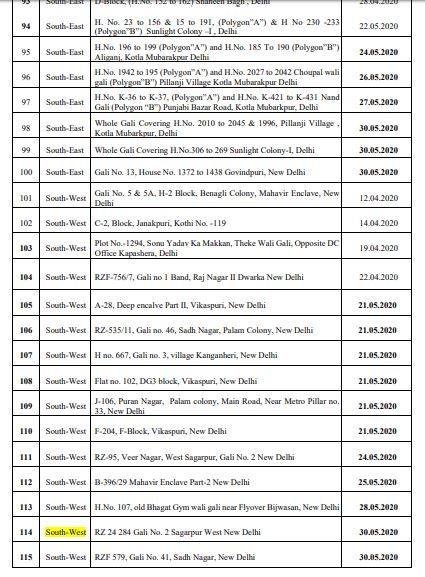 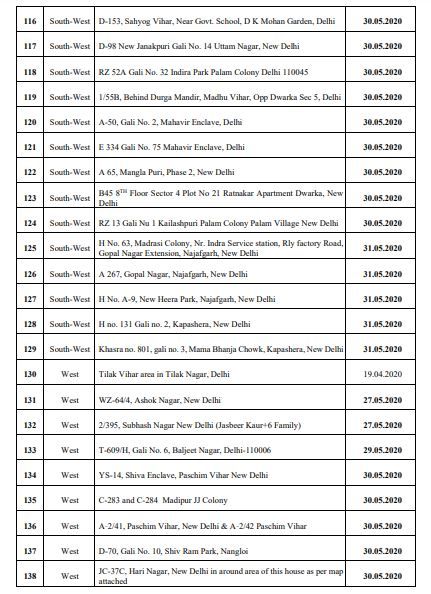 Delhi recorded 1,359 fresh coronavirus cases on Thursday, which took the city’s COVID-19 tally past the 25,000-mark, and the death toll due to the disease mounted to 650. The highest single-day spike of 1,513 cases in the national capital was recorded on Wednesday.

In a bulletin, the Delhi health department said the death toll due to COVID-19 rose to 650 and the number of cases mounted to 25,004 on Thursday.

A total of 44 fatalities were reported on June 3, which took place between May 3 and June 3, the bulletin said.

The bulletin, however, said the cumulative death figure refers to fatalities where the primary cause of death was found to be COVID-19, according to a report of the Death Audit Committee on the basis of the case-sheets received from various hospitals.

On Wednesday, the number of COVID-19 cases in the national capital stood at 23,645, including 606 deaths.

Meanwhile, in an order on Thursday, the Delhi government said 56 private facilities were directed to reserve a proportionate number of beds for COVID-19 patients or otherwise, in the EWS category.

As many as 9,898 patients have recovered, have been discharged or have migrated so far, while there are 14,456 active cases in the national capital, the Delhi health department said. A total of 2,36,506 COVID-19 tests have been conducted till date, it said.