The NDA government today sought to mollify an angry Mamata Banerjee ahead of the Winter session of Parliament. 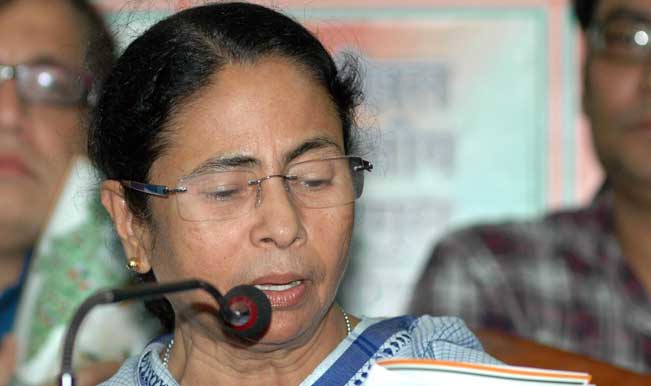 New Delhi, Nov 23: The NDA government today sought to mollify an angry Mamata Banerjee ahead of the Winter session of Parliament, saying it had no role in the CBI action against some TMC leaders in the Saradha scam case and that there should be “no misunderstanding on this account”. Calling the West Bengal Chief Minister his “good friend”, Parliamentary Affairs Minister M Venkaiah Naidu said, “Please understand that the government has no role to play with regard to the functioning of the CBI. Also Read - ECB Terminates Players' Contracts For The Hundred

“This government does not believe in interfering with the working of CBI. We have no role with regard to the registration of the case, arrests of any party (TMC) members and pursuance of the case by CBI. There should be no misunderstanding on this account.” Naidu’s remarks come a day after Banerjee accused the Modi government of “selective vendetta” against herself and Trinamool Congress (TMC) and dared the Centre to arrest her and impose President’s rule in West Bengal. Also Read - Zee Digital Witnesses Remarkable Growth, Ranks 3rd on ComScore In January 2020 In News & Information Category

The Winter session of Parliament begins tomorrow. Banerjee’s outburst came on the heels of the arrest of an MP of her party, Srinjay Bose, in connection with the Saradha scam. “Amake jail-e pathak, dekhe nebo (Let them send me to jail, I will see),” Banerjee had said during a party meeting in West Bengal. “If we are hit, we will retaliate. We accept all challenges,” she had said, asking TMC workers to not “fear the BJP” and unite against the “conspiracies” of the saffron party.

TMC did not attend the all-party meeting convened today by Naidu nor was it present at the all-party meeting last night called by Lok Sabha Speaker Sumitra Mahajan. Banerjee had also said that TMC would oppose any attempt to pass the Bill in Parliament to raise FDI cap in insurance sector to 49 per cent. Describing her strategy for the Winter session of Parliament, she had said, “We will oppose FDI in insurance. We will be vocal against communal violence.”