Chief Justice of India H L Dattu: I will sit as a common man on the Bench

"I will sit as a common man on the Bench," was how the new Chief Justice of India (CJI) H L Dattu described his job as the head of the Judiciary. 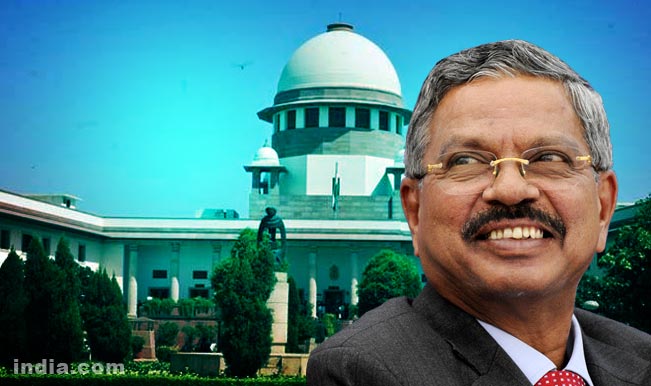 New Delhi, Sep 28: “I will sit as a common man on the Bench,” was how the new Chief Justice of India (CJI) H L Dattu described his job as the head of the Judiciary. Justice Dattu, who was sworn in as the 42nd CJI, said the job of the apex court judge is very responsible as every case at the top court is a “serious case” for citizens. “At the end of the day it is the last court of the country. Whether it is a judge or the people we give lot of attention as we know how much citizens pay attention,” he said in an informal interaction with legal reporters. Also Read - Secret Has Gone With You! Sushant Singh Rajput's MS Dhoni Co-Star Bhumika Chawala Shares Heartfelt Post

The CJI said work load in the apex court has been on the rise and that calls that “we have to be more responsible”. “Be it a bail matter or that of an immoveable property or else we have to be more responsible,” he said. Justice Dattu, who is handling the case relating to a plea for keeping the CBI Director Ranjit Sinha away from the 2G spectrum scam probe, for his alleged nexus with high- profile accused, said “this is a court which makes no distinction between common man and others”. Also Read - ECB Terminates Players' Contracts For The Hundred

As a CJI, Justice Dattu, who will be heading a bench dealing with the issues arising out of bifurcation of Andhra Pradesh and creation of new state of Telangana, said as a judge of the top court one has to work for around 16 hours a day and for him the best stress buster is “carnatic music and usual dose of south Indian coffee”.