Hitting out at Narendra Modi for keeping the media "at two arm's length", Congress today said such a policy was detrimental to country and democracy and demanded that the Prime Minister spell out his national media policy. 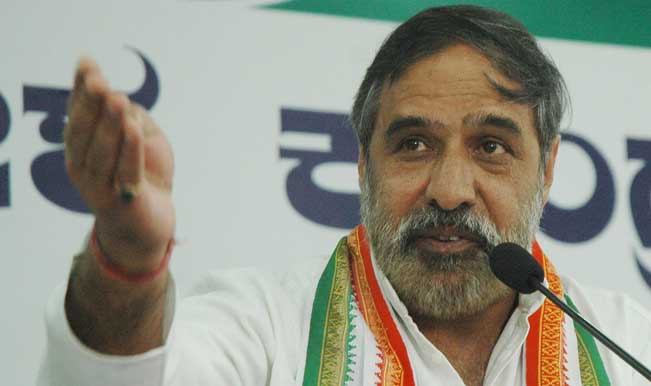 New Delhi, Sep 24: Hitting out at Narendra Modi for keeping the media “at two arm’s length”, Congress today said such a policy was detrimental to country and democracy and demanded that the Prime Minister spell out his national media policy. “It will be four months but the government’s media policy has not come out. There is saying of keeping one at arm’s length but this government is keeping the media, fourth estate at two arm’s length,” Congress spokesperson Anand Sharma said. Also Read - Former Union Minister Jaswant Singh Passes Away; PM Modi, Rajnath Express Grief

He said there was one way communication happening or top down communication, “rumour mongering” or giving information through Twitter handle. “Prime Minister does not believe in scrutiny by the media and therefore he will not give any press conference to media. Social media as its own importance but bypassing mainstream media is not in the interest of the country,” he said. He added that it is “not good for the health of our democracy”. Also Read - Bihar Assembly Elections 2020: NDA is One, Will Contest Polls Together, Says Ravi Shankar Prasad

He also asked the government to give out the original interview that Modi had recently given to an American news network. “The interview was in Hindi but we are only hearing English voice-over. Even Hindi channels are running it… it leads to suspicion that Modi said something wrong in his interview which is being hid by an English voice-over,” Sharma said. Asked if he had any information about this, the former Union Minister said, “I wish I had information but this government is so opaque”.

Congress had sought a level playing field to all media organisations in the matter of government breaking news about important announcements and regarding its decisions.