The Election Commission (EC) today held a meeting to review poll prepardness of all agencies, including the police department, for smooth conduct of Assembly polls in Delhi. 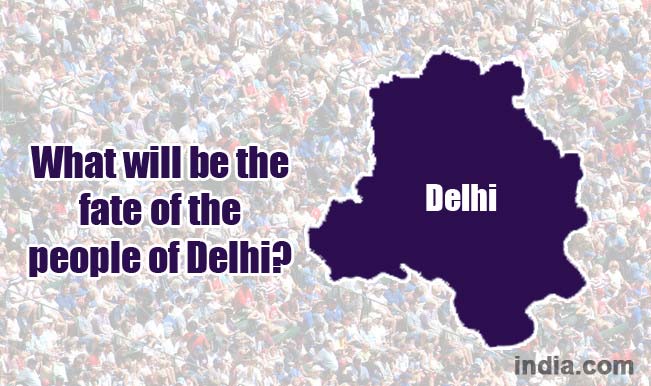 New Delhi, Dec 24: The Election Commission (EC) today held a meeting to review poll prepardness of all agencies, including the police department, for smooth conduct of Assembly polls in Delhi. The meeting, held at the EC headquarters here, was chaired by Deputy Election Commissioner Vinod Zutshi with the CEO and other election officers of Delhi. A statement issued by the EC said the meeting was held to take stock and “ensure error-free electoral rolls for Delhi during the on-going process of summary revision of electoral rolls 2015.” Also Read - 'Holding Polls Amid Pandemic Will Endanger Lives', LJP Asks EC to Postpone Bihar Elections

Zutshi directed the officials to take all possible measures to remove errors, if any, from the electoral rolls as per prescribed law and standing instructions of the Election Commission. It was also decided that officials of the Delhi EC will launch a voter awareness drive calling upon electors to check their names in the finally published electoral rolls which are scheduled to be published on January 5, next year. Also Read - By-elections to Assembly, Parliamentary Constituencies to be Held, Schedule Soon: ECI

The EC directed DEOs and Deputy Commissioners of Police to undertake vulnerability mapping exercise, identify critical polling stations and prepare security deployment plan for the polls. These officials also briefed EC about the preparations they have done in this regard till now, the statement said. “District election officers were also directed to ensure preparedness with regard to all areas of election management, including manpower requirement, training of human resources and communication plan,” it said.

The government led by Arvind Kejriwal had resigned on February 14, this year after which President’s Rule was imposed on February 17. Lt Governor Najeeb Jung had not favoured dissolution of the Delhi Assembly as recommended by the Council of Ministers headed by Kejriwal and kept the Assembly in suspended animation.