A massive fire broke out in housing building of State Bank of India (SBI) branch in Noida in the early morning of Friday. 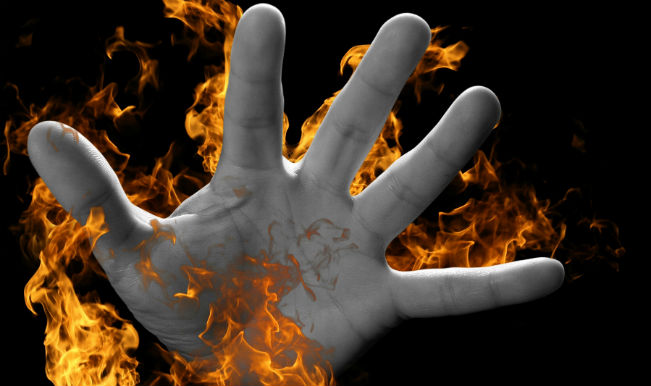 New Delhi, June 12: A massive fire broke out in housing building of State Bank of India (SBI) branch in Noida in the early morning of Friday. The incident took place in SBI building at Sector 51 in Noida. According to reports, five fire tenders were rushed to the spot and doused the fire. Also Read - Fire Breaks Out At Thermocol Factory In Bengal’s Rajapur Area, 3 Fire Tenders Rush To Spot

Fire breaks out in SBI building, Sector 51 Noida. 3 fire tenders at the spot.

The fire engulfed the second, third and fourth floors of the regional manager office of SBI. The blaze of the fire did not engulf the public dealing area of the bank. The authorities noticed the fire at around 8: 45 am and informed the fire brigade. The fire brigades reached the spot at around 9.15 am. no casualties have been reported as of now, but three floors of the building witnessed the serious damage. (Also read: Huge fire engulfs fuel depot near Kiev, three missing) Also Read - Fire At Mumbai High-Rise: Rescue Operation Underway, PM Modi Announces Compensation | Key Points

A major fire also broke after gas leaked out from the Indraprastha Gas Limited (IGL) pipeline in Sector 63 of Noida on June 10.