He gave a similar reply when asked about justification for moves to allow broadcast of news on private FM stations based on what was being broadcast by AIR FM station bulletins which themselves were largely based on news provided by agencies like PTI. 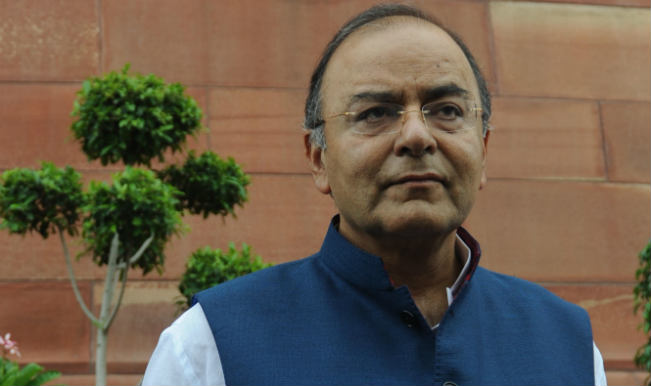 New Delhi, Nov 23 : Government intends to carry out Phase III expansion of FM radio hopefully in the current financial year to rake in more revenue, Information and Broadcasting Minister Arun Jaitley said today. The I and B ministry and the Telecom Regulatory Authority of India (TRAI) are considering aspects related to this process, he said. “Some aspects are being considered between the I&B ministry and the regulator. And I’ll like to see that happen quite early. Read: Narendra Modi’s Government 6-month report card: Top 6 cabinet ministers who performed well! Also Read - 'Miss my Friend a Lot,' Says PM Modi on 1st Death Anniversary of Arun Jaitley; Many Political Leaders Pay Tribute

“If I could have my way, it should be in this financial year because I now speak in both capacities. March 31, and some more revenue to the government has some relevance to me,” said Jaitley, whose primary charge in the government is that of Finance Minister. “Besides doing things expeditiously which is one good reason, I have an additional reason to do it fast. And I can’t be more candid,” he added apparently referring to the next budget. Also Read - Secret Has Gone With You! Sushant Singh Rajput's MS Dhoni Co-Star Bhumika Chawala Shares Heartfelt Post

The minister was interacting with PTI journalists at the agency’s headquarters when he was asked about the status of the much-awaited proposed auction of Phase III expansion of FM Radio channels. Under phase III, more than 800 new FM radio channels are proposed to be allowed to come up in nearly 294 cities across the country. Asked about the proposal to allow broadcast of news on private FM radio stations, he said, “Let me consider this at length.”

He gave a similar reply when asked about justification for moves to allow broadcast of news on private FM stations based on what was being broadcast by AIR FM station bulletins which themselves were largely based on news provided by agencies like PTI. At the interaction, Jaitley was asked about his being given the unusual combination of Finance and I and B portfolios in the recent reshuffle.

The minister, who held the I and B portfolio 15 years ago under Atal Bihari Vajpayee, said it had come to him “as a bit of information, if not surprise”. He dwelt at length about the change in the media scene ever since, including the explosion of television media and the advent of social media with technology.

Jaitley said a lot of the role of the I and B ministry is about communication of the government, especially when important political decisions are taken or important political debates or controversies arise. “So they needed somebody to communicate on behalf of the government. So this probably would have weighed with the Prime Minister. May have weighed….I don’t know,” he said.

Asked as to what is the Modi government’s approach to media, whether it considers it as a necessary evil or a pillar of democracy, however, flawed, Jaitley, “I don’t think evil or flawed is the correct word. “If newspapers do not come out for a day, like on a festival day, the average Indian feels lost in the morning. I don’t think flawed or evil is the real word. I think it is an essential component in a democracy. It is an essential element in a democracy.”

He was asked about Prime Minister Narendra Modi’s recent outreach to journalists in the capital and promise of more interactions. “In the first place, why was he (Modi) upset with the media,” was the question to the minister. Jaitley replied he did not think ‘upset’ is the right
word. As a party functionary, Modi had come to Delhi from Gujarat and in the late 90s, he used to deal with media everyday along with him. “He’s had his own experiences with the media as everybody else has had. I think, he’s also learnt that does media lay down the agenda and politicians respond to it or politicians lay down the agenda and media reports it,” the minister said.

Asked what was the conclusion about Modi’s choice, he quipped, “I think it’s the second.” To a question about what he thought about a proposal to expand the ambit of the Press Council of India (PCI) by including electronic channels and renaming it Media Council, he said, “I am not saying that Press Council hasn’t functioned well. But the last several years have not really added….I would say, to the authority of the Press Council itself.”

On whether he was in favour of a proposal to turn PCI into a Media council, he said such “drastic steps” are taken only if there is a menace. “The system is working fairly well,” he added. Speaking about public broadcaster Prasar Bharati, Jaitley said the news programmes of Doordarshan cannot afford to have “TRP centric shrillness”, an apparent reference to the way programmes were being conducted in private channels.
He, however, added that in his view, both the entertainment and news content of Doordarshan can find a quality response to the present situation.

“The shrillness of the private news channels actually gives to the print media an opportunity to strike back. Because the volume of news is getting lost. That I have created this news today and therefore must build it over the next three days, that’s policy of a private channel. “So conventional news, in which there will be forty news items….So why can’t Prasar Bharati news channels go in and look for that space. After all what does the BBC do,” the I&B minister said.

He said that there is a space for Prasar Bharati to get back to that role and though it may have a lesser audience to start off, but it will be a niche audience.